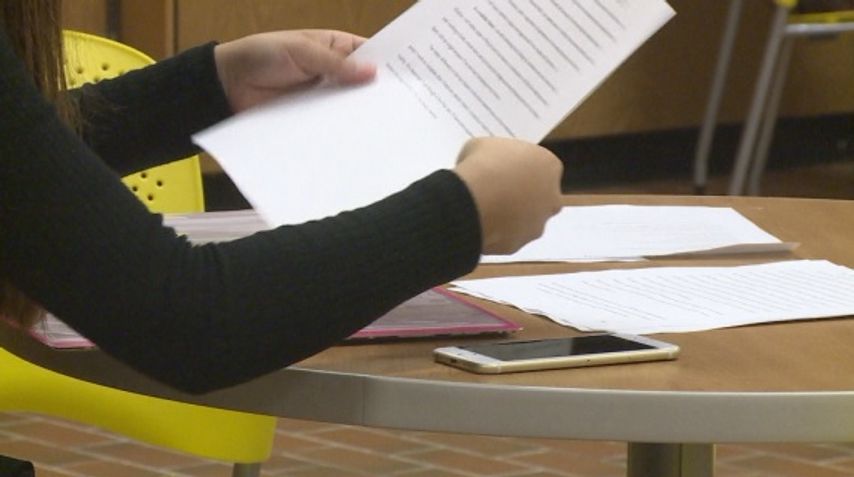 COLUMBIA - The Department of Elementary and Secondary Education said it will introduce the new statewide standards for each grade level in March, but local educators seem skeptical of the change.

Missouri’s years of preparation to teach to the state’s Common Core standard preceded the new rules on what the state wants kids to know and when they want them to know it by.

Columbia Public School’s communications director, Michelle Baumstark, said states usually revamp their curriculum every seven years, but the new standards would require Missouri school districts to do it in five.

“The burden then comes upon having to reevaluate your local curriculum because curriculum decisions are typically made by local school districts,” Baumstark said. “Them making sure the way that we implement those standards aligns with what materials we have, the training that our teachers have, that it’s grade level appropriate."

Baumstark said the new state standards will realign the course expectations among different grades, so some knowledge will be expected at another grade level. For example what a student might have to know by the end of third grade, now makes more sense for them to know at the beginning of fourth grade.

However, she said doing so comes at no little expense, and a new curriculum costs millions of dollars.

“When you do that, that is a significant change. It seems like an easy thing to write in a standard, but then we have to one, realign the circular materials, realign your lesson plans to make sure that your second grade teachers now know what the first grade teachers knew so that they can then be able to teach that material to the class.”

Principal of Rock Bridge High School, Jennifer Rukstad, said she is not as concerned with teachers needing new training as she is with making sure they understand why the course was changed in the first place.

“There is a need for professional development on what are the essential learning objectives in this course now as opposed to how they were two years ago,” Rukstad said.

She said she doesn’t see the new standards affecting how educators do their job, so long as they are focusing on the big picture.

“The issue of state standards, and the changes that have come about in the past several months. It has less of an impact on schools than the folks working to make the changes believe,” Ruskstad said. "While other people are debating this issue and dealing with kind of the fine points of the state standards, which is not an unimportant task, the truth of the matter is schools are still having school every day, and we have to just keep going.”

DESE began work in 2014, after Gov. Jay Nixon signed a bill into law that would require a review and update of the current standards. The next year Nixon signed an appropriations bill cutting funding for the test to measure students' knowledge under Common Core standards.

Assistant Commissioner on the project for DESE, Blaine Henningsen, said they have been gathering input from focus groups of parents and educators, and they are just about ready to finalize the new standards.

"These standards are going to be prepared by Missourians, for Missouri kids, for Missouri schools,” Henningsen said. “One of the things that is allowable in this process, one of the things that they specified in the process, was that we would look at other areas of expertise around in other states, professional organizations, to see what those folks are doing as well.”

The next step for DESE will be creating a statewide standardized test to measure students' knowledge under the new standards.

Baumstark said as of right now Columbia Public Schools will be using the ACT for high schoolers and a new standardized test for each grade level this spring, which has yet to be released by the state.

Rukstad said she considers Rock Bridge High School a skills-based school which will prepare its students with the best information provided at this time.

“We do have to respond and react, but we kind of believe we're here for a little bit bigger of a purpose than to check off all the boxes.”