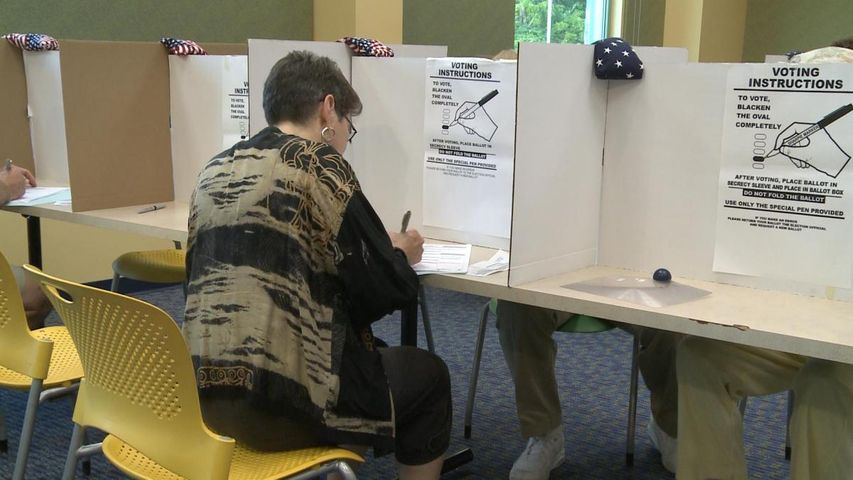 COLUMBIA - While many adults in Columbia told KOMU 8 today they were going to the polls or had already participated in early voting, many of the younger people in the area said they weren't planning on voting.

Kayla Essner, a student at the University of Missouri, said she wasn't going to vote because she doesn't feel like she is informed.

"I haven't been keeping up on the issues that I would be voting on," she said. "I would rather not vote than to go in and end up voting for something that I don't really know what's going on."

Essner said a lot of younger people give their attention to other pursuits and don't pay attention to what's on the ballot.

"I think, especially with our age group, that a lot of people don't go and vote because they are focusing a lot on school and other things," she said. "They don't take the time to be educated on what is on the ballot so I think it's better to be educated than to go in and vote blindly."

Marcus Williams is a Columbia resident and he said he believes adults are more inclined to vote is because they are more directly affected by the issues and candidates on the ballot.

"My guess would be that most of the voters are people who aren't in college anymore, people who are a little older than college age who have families, who have husbands and wives," he said. "Their every day life is being affected because this is about how they live day to day and the type of things they can dictate over their household."

According to the Missouri Voter Turnout Report for the November 2, 2010 election, only about 47 percent of registered voters went to the polls statewide.

Secretary of State Jason Kander and local election officials said yesterday they predict only 39.18 percent of voters will go to the polls Tuesday.

Williams said he used to work in a political office and he said he learned midterm elections usually don't see the same numbers as other elections.

He said he thinks the lower percentage prediction from Kander isn't far off, despite the older voters who do plan on going to the polls.