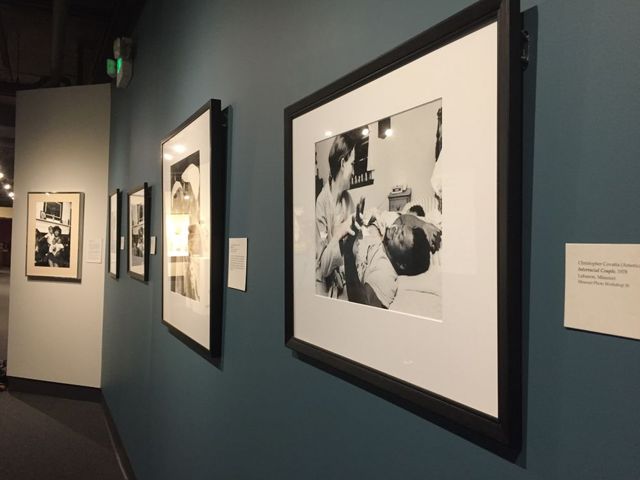 COLUMBIA - The newest exhibit at the Museum of Art and Archeology, 'Picturing Black American Families' features photographs taken from 1953 to 2001 and shows families throughout the country with many of the photos taken in Missouri.

Some of the photographs come from the Smithsonian Institution and some were taken by MU photo journalism students and retrieved from the photo workshop archives.

Curator of European and American Art at the museum, Alisa Carlson says the photos encapsulate three generations of families and picturing their relationships.

"{The exhibit} tells the stories that are really specific to these families but end up having a very universal kind of message. Things that any viewer can identify with. You know a father holding his infant daughter or a recently widowed mother holding her two twin sons. There are messages in all of the works of art in this museum," Carlson said.

"One of our volunteer tour guides happened to notice an African American father and his young son and this father was holding his up and they were talking about the pictures discussing these pictures. For me that in it of itself the exhibition was worth every effort. You know to have those kinds of conversations," Carlson said.

The exhibit runs through February 24. The museum is free and is open Tuesday through Friday 9 a.m. to 4 p.m. and Saturday and Sunday noon to 4 p.m.

Some exhibitions to come are: 'Romance of Ruins' featuring depictions in European art of ancient ruins and 'American basketry.'