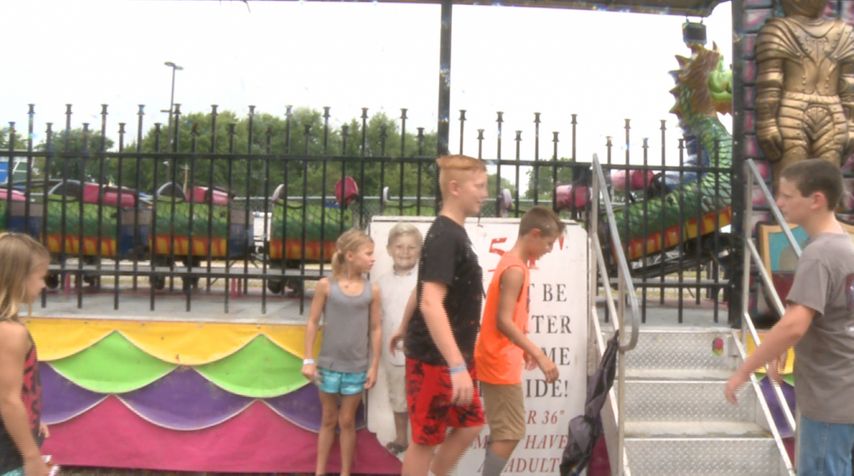 OWENSVILLE - A deadly accident at another fair is on the minds of several fair-goers in mid-Missouri, but it’s not discouraging attendees from participating.

One person was killed and seven others injured after a ride malfunctioned at the Ohio State Fair Wednesday. The ride, called the Fire Ball, spins and swings passengers back-and-forth.

People at the Gasconade County Fair said they are mostly unworried about the safety of the local fair rides, but some expressed concern.

“After what happened, it’s just weird thinking about whether the rides are safe or not,” said Trey Johnson, a 12-year-old boy who has attended the fair since he was 4. “There’s some rides I don’t trust, but most of them are pretty nice.”

Gabe Soest, a 12-year-old boy from Bland, Missouri, said, “It’s better than most other places. The workers all take their time to make sure everything’s good and doesn’t break down in the middle of use.”

Rilan Farmer, an 11-year-old boy from Washington, Missouri, pointed at an attraction behind him and said, “This ride is terrifying. If something’s rusty and it’s squeaking the whole way, it’s going to freak you out."

Volunteers and workers insist the rides are safe. They said the Gasconade County Fair has a perfect track record with no serious injuries and encouraged more mid-Missourians to join the festivities.

"We’ve never had no accident in the rides or anything that I remember after years and years,” said Jim Gooch, a volunteer for almost 20 years. "We also have a lot of security, we have certain places people can drink - they won’t let them out or anything. It really works good that way - we have a lot of security, a lot of police from different places, so it’s really good here.”

Gasconade County commissioner Jerry Lairmore said, “As far as safety and protection of people, it’s very safe here. This is one of the main attractions in Gasconade county. You buy one ticket and you get to go to four days in a row for one price, so it’s actually one of the best values and things you can go to.”