Local Farmers Speak Out Against "Right to Farm" 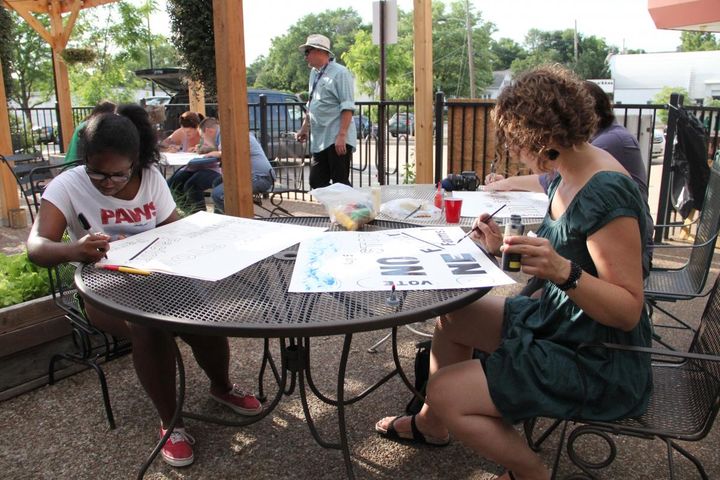 COLUMBIA - Local farmers and advocacy group Missouri's Food for America came out to Cafe Berlin Friday to rally support for voting "no" on Amendment 1, more commonly known as the Right to Farm bill.

The bill states,  "That agriculture which provides food, energy, health benefits, and security is the foundation and stabilizing force of Missouri's economy. To protect this vital sector of Missouri's economy, the right of farmers and ranchers to engage in farming and ranching practices shall be forever guaranteed in this state."

Missouri's Food for America said this amendment would not help local farmers, but would instead give foreign corporations the ability to buy up farmland.

Jake Davis, a farmer and co-owner of Root Cellar, a local food grocer, said Amendment 1 is wrong for the local farmers in Missouri.

"Even though this amendment has been labeled 'the freedom to farm amendment,' really this has very little to do with small family farmers. It has a lot more to do with big agribusiness and corporations looking for blanket immunity to take action that might otherwise be regulated by state statue or local ordinances."

Dan Kleinsorge is the executive director of Missouri Farmers Care, an advocacy group fighting for the "yes" vote on the amendment in August. Kleinsorge said the bill will support of local farmers.

"Amendment 1 is supported by family farmers and ranchers in every corner of the state. We ask voters to vote yes on Amendment 1 to protect these family farmers in our constitution. As someone who grew up on a small farm in Montgomery County, I feel passionately that this will protect the families that provide our food, fuel, and fiber."

The bill will go to a vote on August 5th.