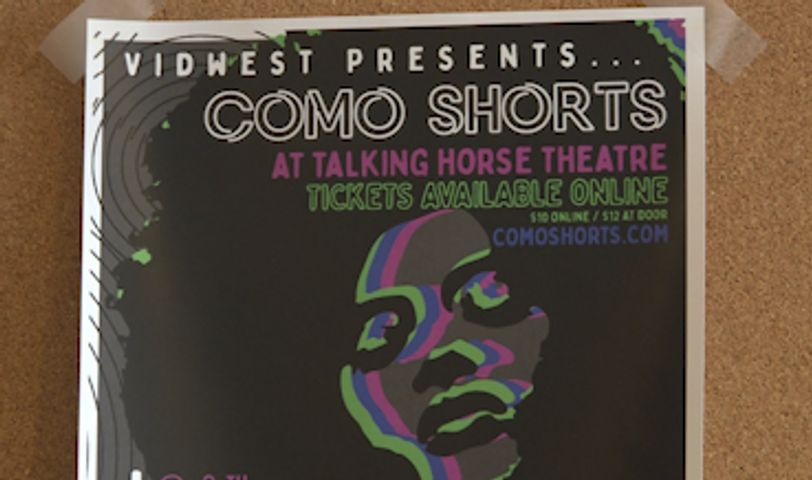 COLUMBIA - The CoMo Short Showcase highlights local filmmakers and their original work in the community.

The goal is to connect the local filmmakers to local audiences so audiences can see the work being made in their community.

"Local filmmaking has been going on here for, dare I say, decades" Director Matthew Schacht said.

Columbia's showcase is in it's second year of hosting. Schacht says the showcase is just at the tip of the iceberg for local film making.

"You miss something when you make art and you don't necessarily get to see the people who consume it and share it with," Schacht said.

Schacht says Talking Horse Theater is a local gem in Columbia. The Theater provides an affordable space with lights and equipment for all kinds of artists. One local Filmmaker Aaron Phillips produced a music video for the showcase. The video is about a woman who has a fantasy about a guy she met at a local establishment.

"It's kind of crazy, but it's a lot of fun," Phillips said describing the music video.

This is Phillips' first year contributing to the festival. Last year, he only attended. He's excited to share his work with a larger audience, which is something Schacht believes is crucial for any consumer.

"It's a struggle for any person if you watch or consume media and can't see yourself in that media," Schacht said.  "It's alienating. It's frustrating and it might be discouraging. It might make you feel like you don't have a voice."

The showcase runs from January 24-26. Those interested can buy tickets online or at the door. For information about shows and times, visit the CoMo Shorts website.