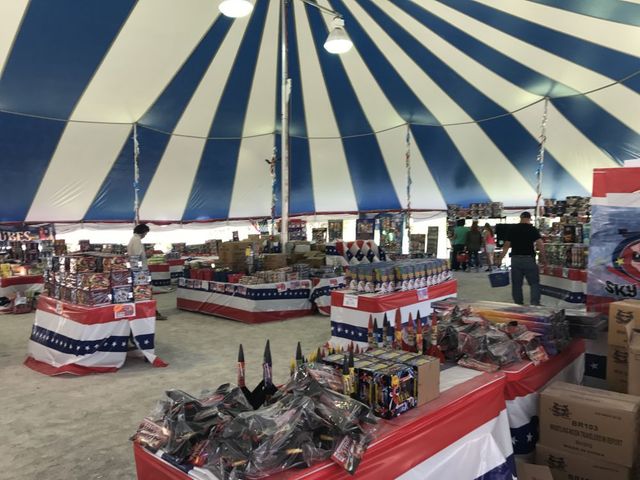 COLUMBIA - With the 4th of July weekend here, one local fireworks stand wants to make sure everyone stays safe while celebrating the holiday.

"Just use common sense number one," Bechtold said. "You want adults shooting off the firework, you don't want children lighting off fireworks or handling the fireworks."

He also stressed that fireworks and alcohol do not mix.

"We want to discourage all use of alcohol until after the fireworks are over," Bechtold said.

Bechtold also said it is important to read the directions on the various fireworks. Many of the products have different directions and should be handled differently.

He added people being a little too careless can lead to injuries.

In a demonstration, Bechtold and other employees set off various fireworks. They stressed wearing goggles while using things like sparklers, not shooting fireworks at other people and having a bucket of water around in case of a fire.

The U.S. Consumer Product Safety Commission estimates 11,000 Americans were injured by fireworks in 2016, accounting for .04 percent of all injuries in the U.S. In comparison, baseballs injured close to 123,000 people in 2016.

While firework consumption is up over 200 million pounds since 1976, the percent of injuries per 1000 pounds of fireworks is down close to 32 percent.