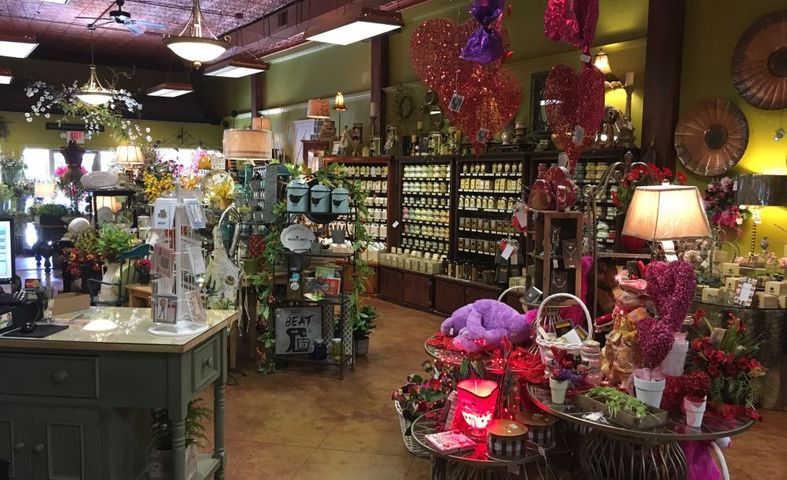 COLUMBIA –For local flower shops, the work doesn't end when the calendar turns to Feb. 15.

Valentine’s Day 2017 was one of the most successful holidays for Kent Anderson, who has owned Kent’s Floral Gallery for 19 years.

“This year is actually a record-breaking year for my store,” Anderson said. “This has been the busiest of all the years that I have done so far. This year is significantly more people walking in, picking up bouquets and not just having them delivered.”

Sandra Ferguson, the owner of Allen’s Flower Inc. for 18 years, attributes the increase in sales to timing.

“Anytime it falls during the week is a lot better, due to more orders and deliveries to work offices and schools,” she said.

There are more in-store visits and phone orders the day after Valentine’s Day than most other days of the year.

“The day after sometimes can be very, very busy," Anderson said." Now we’re getting out all the orders to people that couldn’t get them delivered on Valentine’s Day. Most of our cards sold are the ‘oops I forgot’ or ‘sorry I couldn’t get it there’ or ‘better late than never’ kind, so they’re still trying to send something, probably to get out of the dog house.”

To cope with the busy week, stores hire extra delivery workers and staff members to work the long hours before and after the big day.

Anderson looks at what he orders each year and gauges what he thinks people may want to buy again, but it’s still a very hectic day with the competition all vying for the same customer.

While he hopes to order just the right amount of flower’s each year, there are still a variety of uses for flowers that don’t get sold before the holiday.

The day after Valentine’s Day serves as a catch up day for many orders, as stores have to deal with “bring backs” for deliveries that went out when the customer wasn’t home. The store also sends out replacement arrangements if bouquets don’t hold.

Still, there are some flowers left over.

“If you look at the margins of things, hopefully you’ve sold enough of product that takes care of the little bit that you have to dump,” Anderson said.

The work starts to slowly calm a week after Valentine’s Day and stores prepare for Mother’s Day.

“It’s a different holiday because you’re doing such a large volume of cut flowers on Valentine’s Day, you may not do that same number for Mother’s Day, but more of a variety and longer selling period instead,” Anderson said. “People tend to buy more fresh flowers for Valentine’s Day along with more add-on’s like candy, teddy bears, balloons and candles.”

Both Anderson and Ferguson agree nothing beats a red rose.

“We always have to be very prepared with plenty of roses,” Ferguson said. “Red roses mean love and that’s usually our top selling bouquet.”

Anderson said, “The men like to give more at Valentine’s Day and a red rose is probably the most popular item that they like to give.”