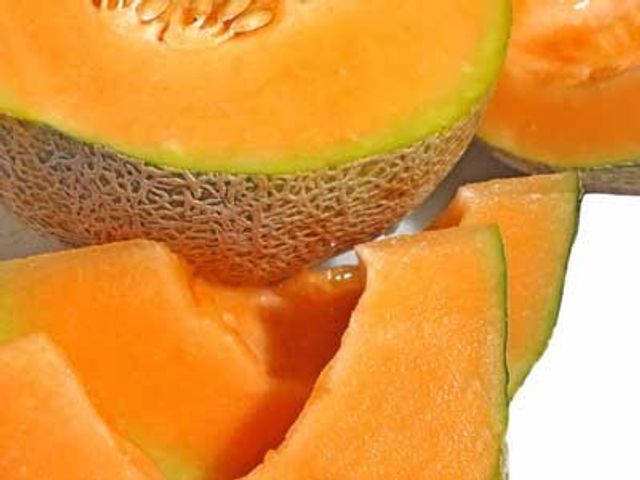 COLUMBIA - Produce vendors say cantaloupe sold at mid-Missouri grocery stores is safe to eat, despite 12 confirmed Missouri cases of salmonella related to the fruit.  Across the country, there have been more than 140 cases of salmonella associated with contaminated cantaloupe grown in southwestern Indiana.  Officials say two people have died from the illness in Kentucky.

The Mo. Department of Health and Senior Services first reported the 12 cases on Tuesday, and the department told KOMU 8 that as of Wednesday, the number of confirmed cases in the state remained at 12.

Willis said, "This was a follow-up to concerns expressed by the FDA and CDC and targeted to that region.  Our customers may be assured that cantaloupes currently in our stores come from other geographic regions."

Gerbes spokesperson Sheila Lowrie told KOMU 8 that the salmonella outbreak has not affected Gerbes stores. She said Gerbes sells cantaloupe only from local farmers in Kansas and Nebraska and sometimes from California.

Dan Elston, Produce Manager for a Hy-Vee store in Columbia, said Hy-Vee stores across the state do not carry canteloupe grown in southwestern Indiana.  He said Hy-Vee sells only Candy Canteloupe, imported from a warehouse called Martori Farms in Phoenix, Az.

A produce sales associate at a Wal-Mart store in Columbia suggested it typically imports cantaloupe from Mexico and other local vendors.  KOMU 8 could not confirm this, as calls and an e-mail to Wal-Mart's corporate media office were not returned.

None of the grocery store chains would confirm whether the outbreak has affected overall cantaloupe sales.

The Centers for Disease Control and Prevention posted on its website Friday that 141 people in 20 states have been infected with the outbreak strain of Salmonella Typhimurium, which CDC attributed to cantaloupe grown at a southwestern Indiana farm.  The U.S. Food and Drug Administration and the Indiana State Department of Health subsequently advised consumers to throw out any cantaloupe from southwestern Indiana growers but failed to disclose the name of the suspected distributor.

The CDC memo explained, "As a result of the initial investigations by the state health departments in Indiana and Kentucky, a farm in southwestern Indaina has contacted its distributors, which reach outside Indiana into other states and is withdrawing its cantaloupe from the marketplace.  The farm has agreed to cease distributing cantaloupes for the rest of the growing season."  Health officials did not mandate that the farm cease distribution of the cantaloupes.