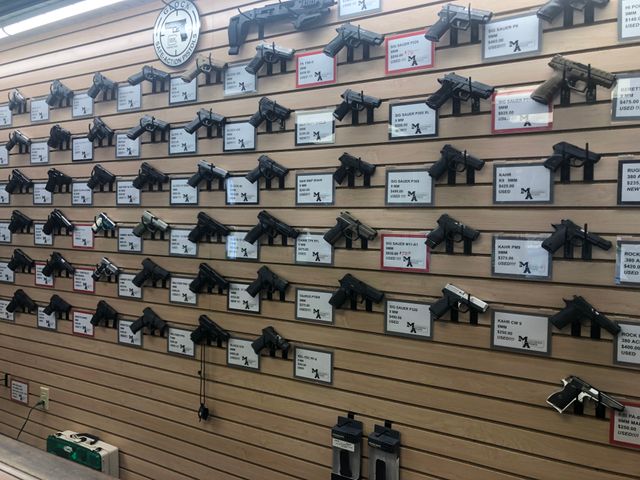 COLUMBIA - Walmart stores nationwide announced Tuesday they will no longer sell handgun ammunition. Local gun stores in Columbia could see the lasting effects of this decision.

"When you take a product like that and you self-restrict it, it doesn't decrease demand, it just closes off one of the pipelines of supply," Wayland said.

The president and CEO of Walmart, Doug McMillon, released a public statement regarding the store's decision, saying, "We understand our heritage, our deeply rooted place in America and our influence as the world's largest retailer. And we understand the responsibility that comes with it."

McMillon said the store's decision to pull handgun ammo from shelves and ask customers to refrain from carrying guns in the store is simply a constructive step the business is taking to reduce the risk of gun violence and attacks.

Wayland argued the issue of gun violence does not come from the existing laws in place, but the lack of money allocated to law enforcement to maintain those laws. Wayland pointed to the transfer requests the store fills out when a customer buys a gun.

"I've never had any of our denied transfer requests subpoenaed for court," Wayland said. "That's a prosecutable crime."

Wayland said he has a stack of denied transfer requests on file and does not hesitate to send those on, but it's law enforcement's mission to keep tabs on those who are attempting to pursue criminal activity.

Wayland said once police departments and other services receive the funding they need to actively enforce existing gun laws, we will begin to see those laws begin to work.