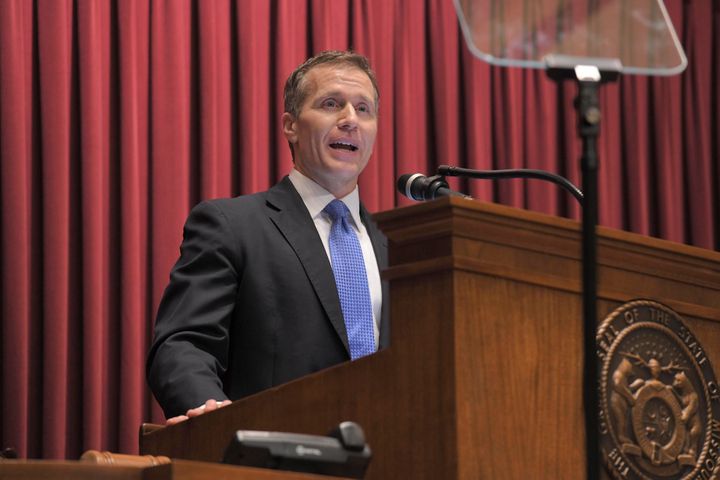 JEFFERSON CITY - As many lawmakers have released statements regarding Gov. Eric Greitens admitting to an extramarital affair, they are refusing to talk more in-depth.

Basye, Reisch and Walsh refused to talk on-camera. Kendrick, Stevens and Rowden were unavailable for an interview Wednesday, but all released statements via social media. Walsh posted on Twitter as well.

Rep. Kendrick said in his post that if the allegations are true, "that behavior does not reflect the moral character we expect in a Missouri governor."

Representatives Basye and Walsh told KOMU 8 News they are refusing to speak on the allegations before the investigation is conclusive.

Greitens has admitted to the allegation about an affair with his hairdresser, but has dismissed the allegation that he took a picture of her and threatened to blackmail her with it.

He released a statement on Facebook Tuesday saying he apologizes for his "personal mistake."

"I am sorry for the pain it caused to everyone impacted, including Sheena, our boys, our families, our friends, and people who have relied on me," Greitens said in his post.

Greitens reiterates several times in his post that he wants to address this "privately" with his wife.

KOMU 8 News will continue to follow-up on this ongoing investigation.