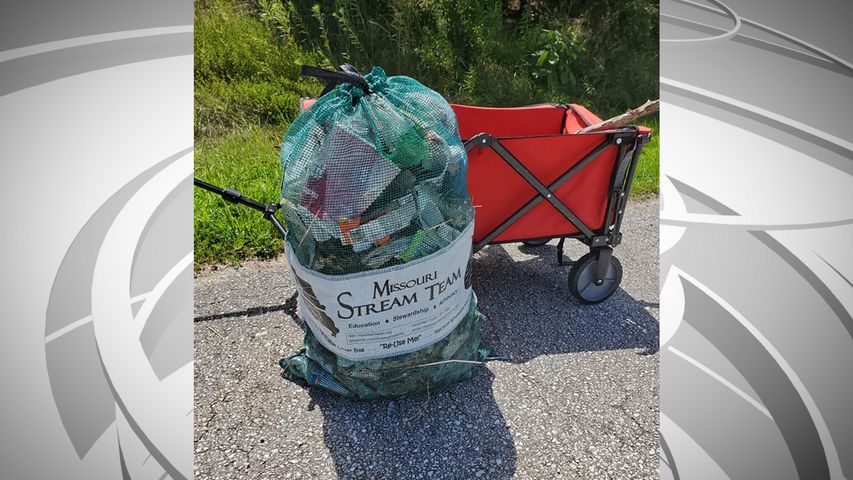 "They call us The Wagon Gang at the City," Laura Landis said.

FULTON- Most people have made adjustments to their daily schedules since the pandemic began in March. For some, that might mean extra free time to be filled with new hobbies, exercising or relaxation.

However, for one mother and her three young daughters, it means a new dedication to helping the environment.

Laura Landis and her three girls, Khloe and Karli (10), and Kenzie (6), go out at least once a week and pick up trash off the side of the road.

Landis said it began when the pandemic hit, and they had the extra time in March.

"In March, we were in distance learning, and it wasn't going very well one day. So we took a walk, and we noticed that there was a lot of trash around. So the girls asked to bring a bag with us next time we walk," Landis said. "A guy gave us $30 one day out of the blue, and we bought this wagon with it. And we just kept doing it."

Landis and her girls are known as "The Wagon Gang" at the City of Fulton, according to Landis.

Courtney Coffelt, a technician to the City Engineer, said she found out about them on a Facebook post.

"I reached out to them and said, 'I'd like to meet you and I'd like to support you.' I invited them to come to City Hall, and so they came and we thanked them for what they were already doing," Coffelt said.

The City supplied the girls with gloves, bags and t-shirts to wear while they picked up trash.

Coffelt said she usually picks up the bags to help them out and make their work a little easier.

"I usually get a text about once a week, letting me know that they've picked up litter and it's always a full bag of it. When they need more bags, they just let me know and I drop them off at [their] house," Coffelt said.

Coffelt helps with the Fulton Stream Team, a group focused on caring for the environment. They usually have a city-wide clean sweep in the spring with about 200 volunteers, but that was canceled this year due to the pandemic.

Kyle Bruemmer, the Interim City Engineer in Fulton, also helps lead the Stream Team efforts. He said Facebook posts like the ones from the Landis family help promote their efforts and recruit more people to clean up.

"We like it when people get on Facebook and post pictures, and if you do that then we try to engage [with] you and then promote that even more, and hopefully word of mouth," Bruemmer said. "You know, maybe your neighbor sees you or your friend sees you and it grows from there."

Landis started a Facebook group to recruit people to incorporate picking up litter into their daily exercise routines. She refers to this as "plogging," a Swedish term that means "picking up litter while jogging."

Landis said they've worked through pouring rain before, and don't plan on giving up when the weather changes in a few months.