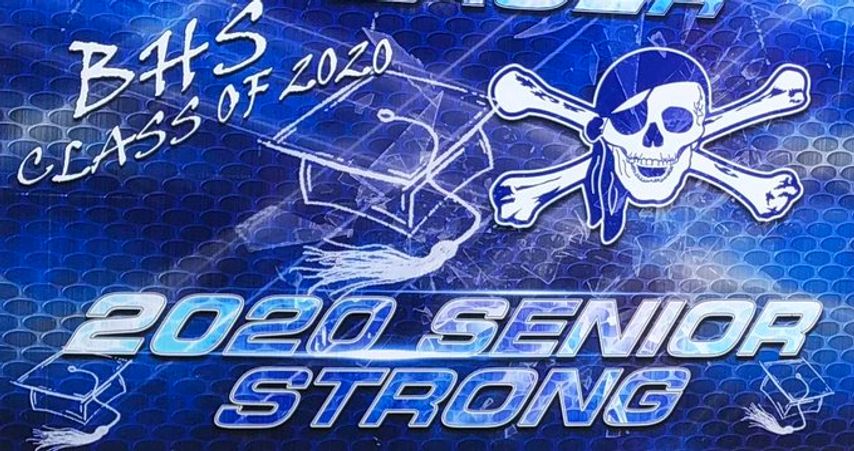 BOONVILLE – Dalton Johnson is disappointed that he will not be able to finish his senior year with his friends by his side.

He is one of many in the class of 2020 at Boonville High School.

“I’ve worked all of my life, pretty much, and now I don’t even get to graduate,” Johnson said. “It’s just very heartbreaking if it doesn’t happen.”

On Thursday, Governor Mike Parson ordered school closures for the rest of the academic year. While Johnson knows he will get a diploma, he said the ceremony is just as important.

“It’s just an accomplishment that everyone looks forward to,” he said.

While it is not clear when, or if, the seniors will have a ceremony, Boonville has still found a safe and creative way to recognize its seniors.

Posters with athletes’ faces on them line Main Street on light posts, and families decorated their doors and stuck yard signs in their front yards.

“It was a surprise,” Johnson said.

“People drive by and they honk, because they know I’m a senior,” Johnson said.

Koal Lauer also has a yard sign in front of his house. He said he appreciates the gesture.

“People didn’t have to go out and do this,” Lauer said.

He said even though the sign can’t make up for the time lost, it still means a lot to him.