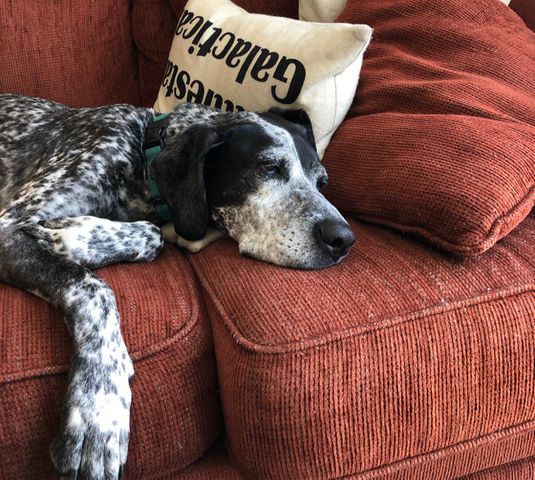 COLUMBIA - Quarantine means extra time at home, and for those with four-legged friends, it means extra time with them as well. But for people who don't have a pet, this could be the perfect opportunity to foster.

“I saw in LA actually where they had a spike in foster care for animals," Garrett Romines, a former dog foster parent said. "So that's where I first got notice of it. So I was like, well, I might as well go ahead and look at the central humane society.”

Romines fostered an 11-year-old German Pointer named Daisy. He describes Daisy as "spunky," but also said she was very well-trained and appreciates a good nap. Romines said one of the biggest misconceptions about the humane society is people want puppies, but for him it was really nice having an older dog who was trained.

“I really didn't know a whole lot about senior animals being in animal shelters, but you never want to see your animals spend the rest of their life out of shelter." Romines said. "So it kinda made it all more worthwhile.”

Romines mentioned how he had read an article about the spike in dogs being fostered, but now he can confidently say he understands why it's such a success.

“The best part was you weren't alone," Romines said. "It can get lonely being in an apartment. Even if you do live with someone else, the same old routine. Having an animal there that you kind of get their own perspective and of why they always asked to go outside, why they always want to go on walks, because now we're all living it with the stay at home order.”

Romines said he knew this was something he was very interested in doing, but he was concerned about what finances went into it. Much to his surprise, it didn't cost a thing.

Romines said after he applied, he got accepted pretty quickly, but at the time, all dogs were being either adopted or fostered. Luckily, he didn't give up.

"I checked again like a day later and Daisy was available," Romines said. "So the great thing is all the dogs that I know for a fact, whenever we were fostering Daisy, have been either adopted or taken into foster care."

But for Romines and Daisy, they only had four days together before Daisy found her forever home.

“It's hard to say goodbye," Romines said. "But you're doing tremendous work providing a home for an animal that was in a shelter, and shelters aren't bad. It's just there's nothing like having a dog in a home versus in a shelter."

Romines has plans to move to New York City in June where he accepted an Administrative Fellowship position at NYU, but before he makes the big move, he plans to see Daisy one last time.

“I have a feeling that before I leave Columbia, I will be texting the new adopters to go see Daisy one last time,” Romines said. “Hopefully she remembers me.”

Romines said even though this is his first time fostering, it won't be his last.

Click here for more information on how you can become a foster parent.