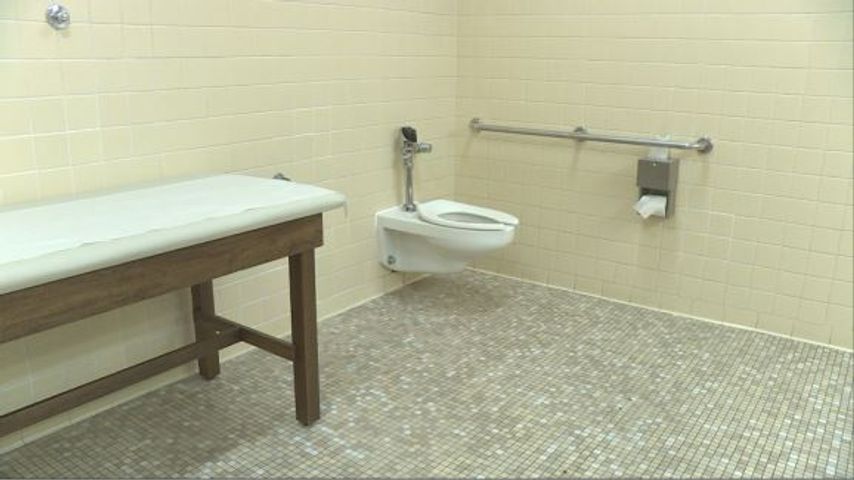 COLUMBIA - The non-profit and grassroots advocacy organization Missouri Disability Empowerment, or MoDE, expanded its interactive accessible bathroom map to include cities across the nation Tuesday.

The map is a crowd-sourced database showing four different types of accessible bathrooms, including unisex and family style restrooms, restrooms with adult size changing tables and an 'other' option.

Christina Ingoglia, MoDE Vice President said friends and even strangers reached out to see if MoDE could expand the map outside of Missouri. Now the map has its own website domain and people can pin restrooms across the U.S.

The idea sparked because Ingoglia's daughter, three-year-old Lilly, no longer fits on a baby changing table. Ingoglia said where she is going to change her daughter is a thought she has every time she leaves the house.

"We feel like she deserves respect and dignity, like we all do when we go to the bathroom," she said.

MoDE president Robyn Schelp said she and her 11-year-old son Nathan also used to face the same problem when Nathan was younger. Even without diapers, Schelp still finds the restroom situation difficult because of the gender disparity and nature of the conversations she has with her son to help him use the restroom.

"Even to this day he needs some help in the bathroom and so it can get very awkward figuring out where to go," Schelp said.

The Accessibility Disability Act requires restrooms to be accessible for wheelchair access and include hand rails, but Ingoglia and Schelp said MoDE's map will show restrooms for all.

"I applaud the people who worked hard on [ADA requirements], but it is a minimum requirement," Schelp said. "We want to make people aware that a wide stall doesn't help everybody."

Ingoglia said the map isn't exclusive to parents with children with disabilities, but the elderly, LGTBQ community, and moms with children of different genders can benefit from the map.

Next, MoDE is hoping to turn the map into a mobile application.