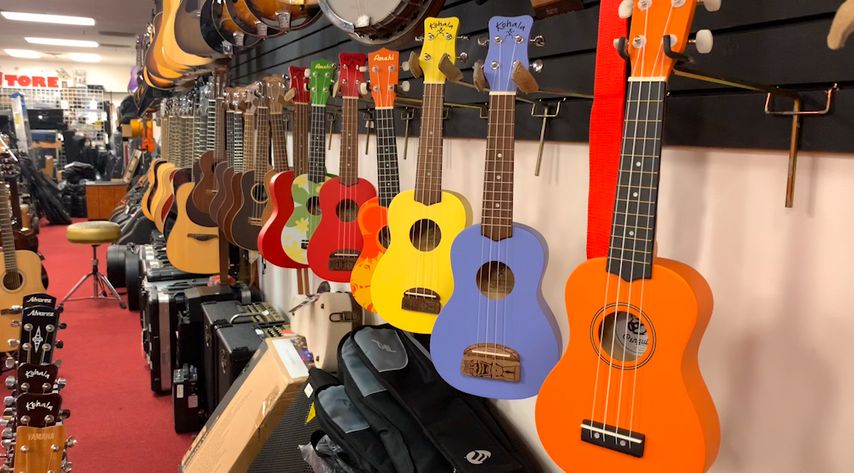 COLUMBIA - Barnhouse's Crazy Music Store is one of many businesses that reopened its doors Monday after Missouri's stay-at-home order expired.

They're limiting the amount of customers in the store to no more than four to five at a time. They're also requiring customers to use hand sanitizer before and after touching any instruments or equipment.

"It was kind of scary when it first happened and we were worried about the store and about surviving as a business just like a lot of Mom and Pop stores have been worried about," Barnhouse said.

She said people stuck at home have had more time to play and share music these last few months and that has helped their business.

"They want to get their stimulus checks and come down and buy the guitar they've always wanted, or the ukulele," Barnhouse said. "So, we've been really blessed that we've been able to provide people with those things that they need during this time."

Barnhouse also plays in a local band called The Sonny Show with her husband, Bill Barnhouse. She said she thinks musicians will return to Columbia's music scene even stronger.

"I'm telling you, when we get back out there, we're all gonna be killing it," Barnhouse said.

Local musician Gary Mills said he and his band, C. Rock City, is also adjusting to a new normal because of the shutdown.

"We've gone from around 85 jobs to zero, and it shuts off that quick," Mills said. "I haven't seen the guys in the band in about two months."

Mills said he believes music can take away fear, especially during times like these.

"The people that are sitting out worrying about their future, maybe worrying about themselves and their families, they can find real comfort in music," Mills said. "Because it brings back memories of better times."

Barnhouse said she hopes the tight-knit community in Columbia will continue to support each other during this time through music.

"Of course we need our nurses and our doctors and our hospitals to be number one right now and our safety, but we are missing the music, too," Barnhouse said. "So, get online and listen to those virtual venues and support musicians from a safe distance."