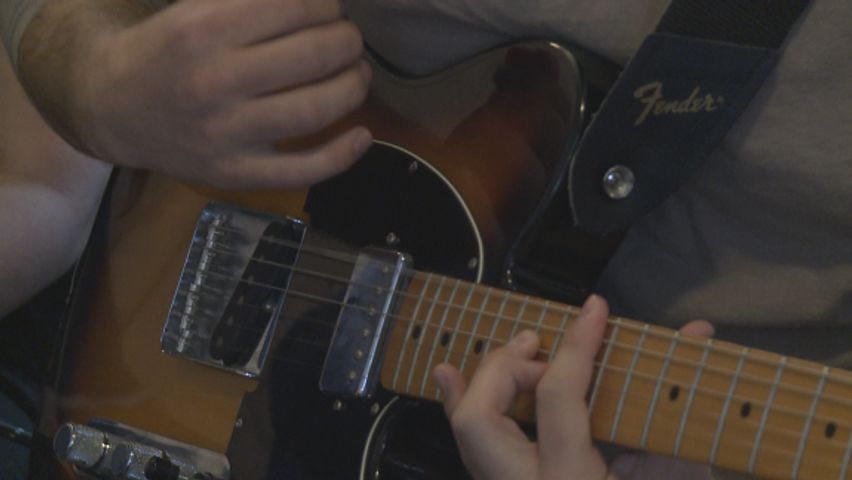 COLUMBIA – Music legend Prince died Thursday after more than 30 years in the business. The musician inspired many genres of music and performers in his day, including many local musicians in mid-Missouri.

“Prince has the fortunate title of just being someone that people consider a genius. He just did what he did very well,” Tidal Volume member Zach Sullentrup said.

The seven-time Grammy award winning singer died in Carver County, Minnesota at the age of 57, after being hospitalized with the flu about a week earlier. According to local musicians and fans, he is best known for his song "Purple Rain."

"It’s hard not to think of ‘Purple Rain’. It was such an iconic ballad and it was such an emotional powerhouse of a song,” said Matt Gerding, owner of the Blue Note and Rose Music Hall.

Prince gained superstar status in the 1980s with “1999” and “Purple Rain.” He continued his success with "Little Red Corvette," ''Let's Go Crazy" and "When Doves Cry."

Local band members in Mocklove and Tidal Volume both said they each were influenced by Prince’s music.

“Everything he touched just had the sense of Prince about it that I think a lot of artists envy being able to make something so distinct in the frame of pop music,” said Sullentrup.

“Everything he does to express himself is just so relatable, despite what age you are, you’re ethnicity especially,” Mocklove member Madelyn Munsell said.

Prince was inducted in the Rock and Roll Hall of Fame in 2004 and was known for his 12-minute "Purple Rain" halftime performance at the 2007 Super Bowl in Miami.

Gerding said he planned an impromptu tribute party at the Rose Music Hall Thursday to honor the singer’s death and influence on the music world.

“Of course we found out the unfortunate news of Prince passing away today and decided we would turn it into a Prince Tribute Music Party...and remember his music and memory,” Gerding said.

Officials are still investigating Prince’s cause of death.