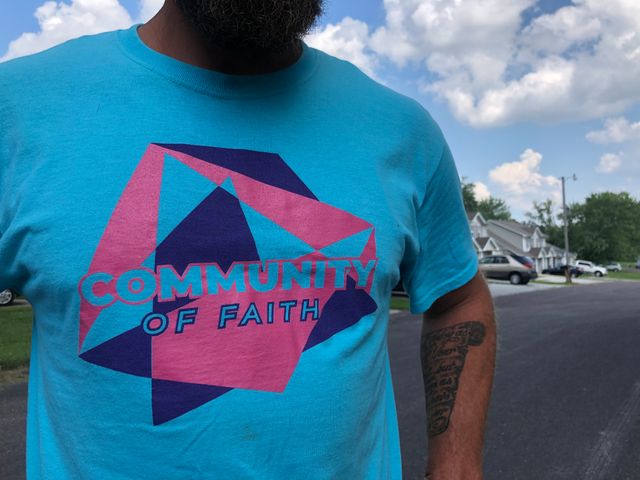 BOONE COUNTY - A donation from a local nonprofit will bring light to darkness for at least the next year. Nearly a dozen streetlights in the Fairway Meadows neighborhood are now funded by a nearly $1200 grant from Community of Faith Outreach.

Andy Griffith, treasurer of Community of Faith Outreach, signed on to pay for 11 light poles over the next year after reading a news story about residents losing their lights.

"We wanted to step up take on and making sure that the lights were on to help prevent crime," Griffith said, "And give the kids the safety that they need to be able to be kids."

In the past, the neighborhood had a board called the Fairway Meadows Improvement and Betterment Association that paid the monthly rentals on the lights. But the board disbanded in 2015. Without this group, there was no consistent income to pay for the lights. The question then became, "Who's going to pay for the lights?" That is when community members called Boone County Commissioner, Janet Thompson.

Thompson got involved by reaching out to Boone Electric Corporation, which began  reaching out to Fairway Meadows residents with the light poles on their land to see who would be willing to pay for those specific lights. A handful said yes, but that didn't cover all the lights.

"That's a bunch of people coming together to create a solution, that's the neighbors stepping up saying yes I'll take over that light on my property. That's Boone Electric because for the last three weeks or so they've been paying the light bills, they haven't asked anybody to ask for that," Thompson said. "And then a not-for-profit saying we're apart of this community, we want these people to be safe, we want them to feel safe in their neighborhood and we'll help with that piece of the puzzle."

Thompson said acts like these make her proud to be a part of Boone County.

"To know that there are people in every way of life that care about more than their own financial bottom line," Thompson said. "They care about other people, they care about the betterment of the community and that really says a lot."

One resident said the help from this nonprofit was more than just what meets the eye.

"They have helped us tremendously so when they picked up that last bit of the situation," Kenny Freeman said. "It gave us the time now to move on to the next step."

That step is working to re-form the neighborhood association and using this episode as a motivator.

"People felt the threat, people responded to the threat." Freeman said. "Responding to the threat is one thing, making sure the threat never repeats, that's a totally different situation and I think that's what our obligation is to do."

In addition to the light contribution, the Community of Faith outreach organization is currently working on placing a park in the neighborhood and a community center on the north side of Columbia.

"Stepping into be that temporary light is kind of our target." Griffith said. "We want them to know that we care about them so much so we're willing to help keep the lights on."