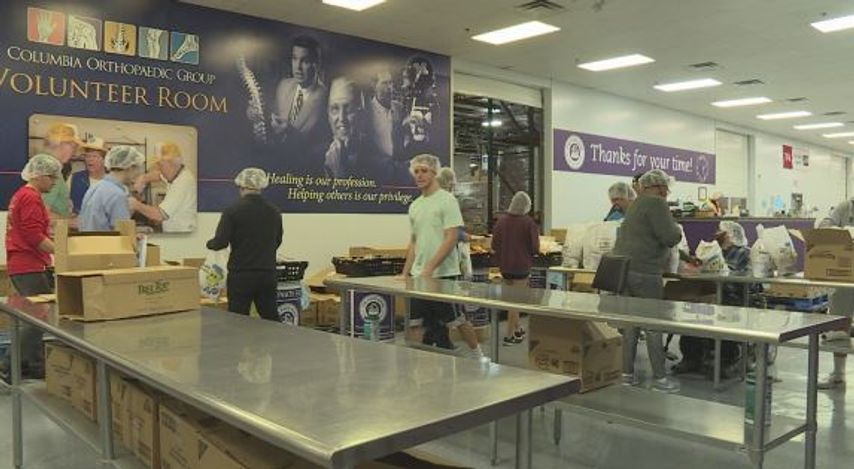 COLUMBIA — Following Black Friday and Cyber Monday, Giving Tuesday is a chance for national and local businesses to give back to their communities.

And for one organization, it benefited from this day tremendously.

The Food Bank for Central and Northeast Missouri met its goal of raising more than $10,000 on Giving Tuesday.

The concept of Giving Tuesday started back in 2012, and is the Tuesday after Thanksgiving.

Many local nonprofits like the Rainbow House and Big Brothers, Big Sisters also participated in the "holiday."

Executive Director for the Food Bank, Lindsay Lopez said they started planning back in August for Giving Tuesday.

"Giving Tuesday is just a great way for us to build awareness about the fact that one in every six adults, and one in every five children right here in this community struggle with hunger on an ongoing basis," Lopez said.

Pickleman's Gourmet Cafe partnered with the Food Bank for a second year and agreed to match contributions up to $5,000.

"If we take in $5,000 today we are guaranteed a $10,000 day, and in addition to that we had a local couple who had been very generous to the food bank over the years who noticed we were participating in Giving Tuesday that Pickleman's was a sponsor. They called in and asked to do a separate match of a $1,000," Lopez said.

Lopez said the point of Giving Tuesday is to give back to the community and, "was intended to create a movement."

Jennifer Vaughan has volunteered with the Salvation Army the last 11 years and said her favorite part is seeing the kids.

"The kids are the best when they are trying to get their quarters in there and they fall on the floor, and just knowing you are doing something good, and it is only an hour out of your day. It is not much to ask," Vaughan said.

Vaughan was one of the Lincoln University volunteer's out in Jefferson City on Giving Tuesday.

Lopez said you can donate on its website until midnight for Giving Tuesday proceeds.