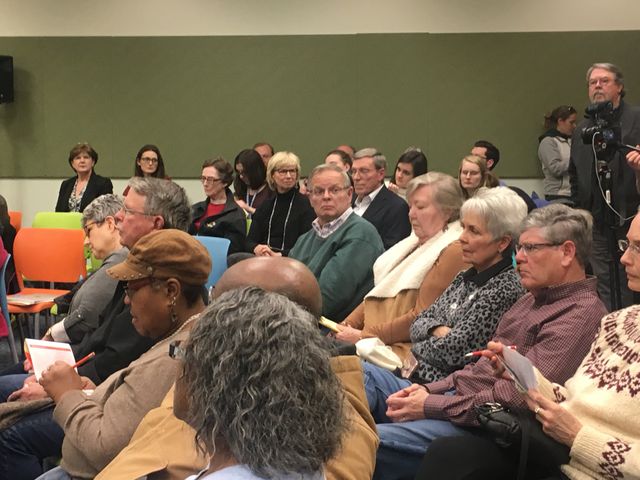 COLUMBIA - The League of Women Voters hosted a candidate forum on Tuesday, to feature all of Columbia’s candidates for April’s upcoming elections.

The forum included candidates from four elections: the Second Ward City Council Race, two available seats on the Columbia School Board, the Boone Hospital Board of Trustees and two seats on the Boone County Fire District Board.

David Lile and Renee Hulshof from KFRU/1400 AM moderated and broadcasted the event live from the “Friends Room” in the Daniel Boone Regional Library.

The candidates for the upcoming elections are listed below:

Boone Hospital Board of Trustees:

Columbia Public Schools Superintendent, Dr. Peter Stiepleman mentioned the addition of a sixth middle school in the district, which plans on being powered by solar electricity.

All four of these election races will take place on Tuesday, April 3, 2018.