Local organization, others work to bring change to First Ward 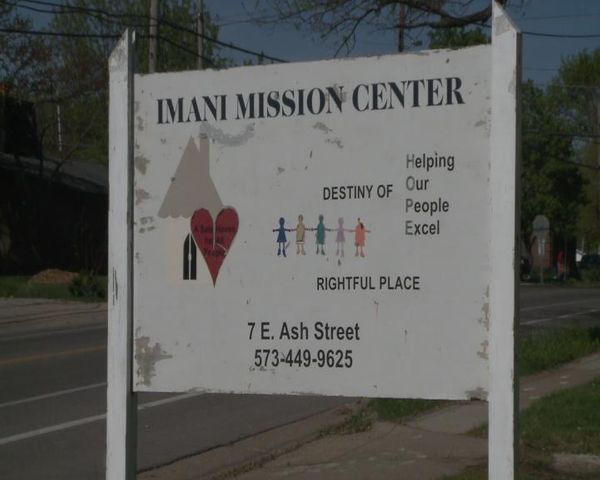 COLUMBIA- Born and rasied in Columbia, Timothy Thrower remembers when the First Ward was all about community. However, in the 1980's he said he began to notice a not so great change within the area.

"I think drugs was a major impact on a lot of the violence that erupted here in Columbia. People from different areas begin to come in Columbia and kind of poisoned it I would say," Thrower said.

One organization looking to address concerns of violence and public safety within the First Ward is the Imani Mission Center. Glenn Cobbins, co-founder of the organization, said he believes actions such as urbanization within the area helped for crime to spread in not just First Ward but throughout Columbia.

Cobbins said one goal of his organization when it first began was focusing on helping those within the community, especially blacks, understand who they truly were.

"It was a thing of teaching people their identity. And see, cause there's a stigma that the so called black man or black people are suppose to be thugs or they're suppose to be dope dealers or burglars," Cobbins said.

He said his organization also assists by helping those within the area find employment, complete resumes and doing what it can by actually going into the community.

Thrower said he has a personal connection to violence within the First Ward.

"In a 2000, my son Detarius Williams Thrower was killed down here on LaSalle. During that time, I was incarcerated but I still made a way to communicate with him and guide him, you know, behind a fenced gate," Thrower said.

One initiative taken by the Imani Mission Center was the organization of a "We Are Family March" in early April to raise awareness of the issue. The group began at Hickman High School and ended their march at the Boone County Courthouse.

Judy Hubbard was behind logistics of the event and said the march was just one of many events the organization hopes to have in the future.

"We want to do another march in September to keep the issue in the forefront of people's minds and also we want to do either an ice cream social or a BBQ or something like that in July," Hubbard said.

Hubbard said everyone within the community has the power to address the issue.

"We have the answers within us. We have the resources within us to address this. It's not something that will, it will take some funding, but teaching a child and reinforcing in a young adult the right thing to do, that doesn't take money. That takes just getting out and walking in the streets and doing it," Hubbard said.

"The citizens, the normal people need to address this issue. The preachers, the reverends, the self-annointed bishops, the NAACP. They need to step in and do what their organization is suppose to do," Cobbins said.

"I think a lot of the concerns were with people in the First Ward maybe the relationship between First Ward citizens and the police department and more opportunities for the youth in the communityso that they could have positive places to go rather than not having ,you know, the ability or places they could go to congregate to where they won't get in trouble," Nauser said.

Thrower said at the end of the day, it is important for everyone to do what they can to raise awareness to the issue of violence within the community and address it before it gets worse.

"Go into the community, inside of it, in these areas and show yourself when this is happening. I think that right there would make a stand and say we're not gonna have this," Thrower said.