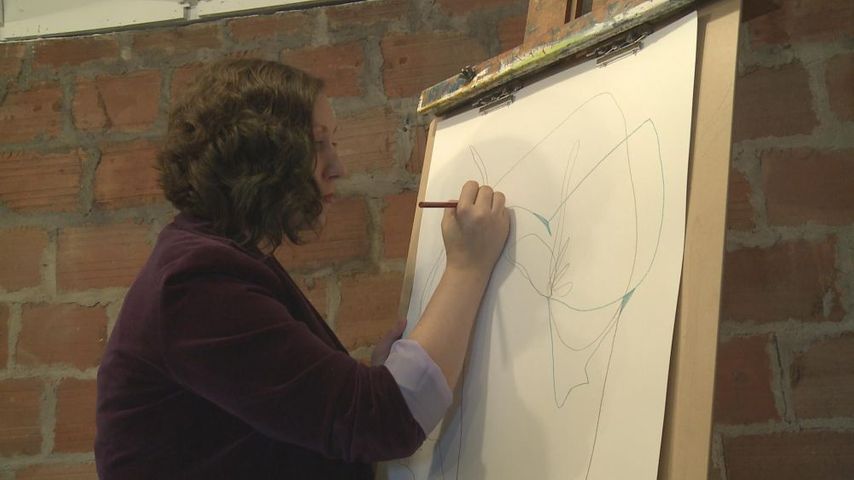 “All of us just kind of started talking about ways in which to serve some of Columbia’s youth a little bit better with after-school programs and with maybe some other opportunities,” said Sarah Dresser, a program specialist with the Office of Cultural Affairs.

Madeleine LeMieux, the founder and director of Resident Arts, helped shape the idea. LeMieux received her graduate degree in art administration in New York. She said since moving to Columbia, one of her main goals has been to support young artists.

“There’s not a lot of student artists involved in the North Village Arts District,” LeMieux said. “I’ve been connecting with professors and, hopefully, with department chairs in the near future to create partnerships so that MU students and the Columbia College and the Stephens students can have a home base here.”

Shawna Johnson, the executive director at Access Arts, called LeMieux asking for her help starting up the coalition last year.

"Madeleine and her program was a natural fit because she already has an after-school teen program," Johnson said. "And actually, I thought of her instantly, because she's such a great resource for the community."

The coalition has met only a handful of times, but Dresser said it is taking root at a time when Columbia’s art community continues to grow.

For example, LeMieux's Resident Arts is in the process of expanding. It moved to a larger space at the beginning of the year and is open again for exhibitions, professional development workshops and art classes on East Walnut Street.

“I’m really happy with how things have worked out here and how Resident Arts has grown very quickly and how receptive the artists and administrators have been here and how accepting the community has been and hungry for something like this,” LeMieux said.

The work LeMieux, Johnson and the other organizers have put into coalition is only the beginning.

"We all kind of have little things that we're already doing for this population, but we feel like if we're coming together and organizing, we can do a lot more," Johnson said.

Access Arts is serving as an umbrella organization for the group, and C.A.R.E. Art Gallery is providing space, but organizers are now leaving the future direction of the program up to the group's teenage participants.

So far, they have shown interest in creating an outdoor mural and designing self-published mini magazines. But one major decision still needs to be made.

"We're still struggling to find a name for the group. Informally, we call it the youth arts coalition or the coalition on the arts. But we're hoping the teens themselves will figure out a cooler name," Johnson said.

The group will meet again February 27th. Contact Access Arts for more information or to get involved.