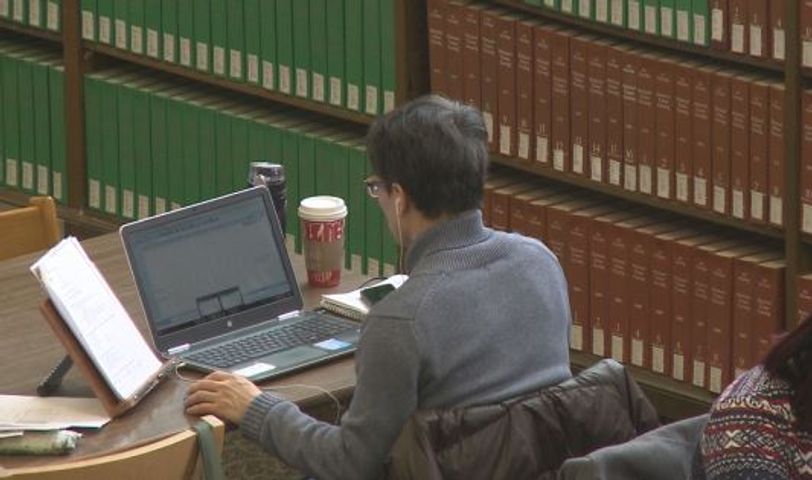 COLUMBIA - Finals week can be a stressful time for students.

MU's finals will wrap up by the end of the week and the CPS finals have just begun.

Feeling pressure to succeed on these exams, Kilgore's pharmacist Bill Morrissey said some students take stimulant drugs, including Adderall and Vyvanse, to sharpen their focus.

"It's definitely an issue," Morrissey said. "It's definitely something that happens at a much higher prevalence now and I think there's a sense of security because it's a prescription drug."

He said students may think of Adderall as something safer than a "street drug" such as cocaine or speed, which are also stimulants. Morrissey said people with prescriptions are the only people who should be taking the drugs.

"Someone who isn't under the care of a doctor, it is very much not advisable for them to take Adderall," he said.

Morrissey also mentioned that possession of the drug without a prescription is illegal.

"If they get caught, it's a serious offense," he said.

Morrissey said these drugs are also addictive and can be problematic if the drug conflicts with an unknown pre-existing health condition.

"If they take a medicine they're not supposed to take, then there might be some fear to go for help if they have a bad experience from the drug," he said.

Morrissey said he does not know of someone who has died from an overdose of Adderall, but warns against fatal combinations of the stimulant and other drugs.

Michelle Baumstark with CPS said the district does not collect date specifically on the use of Adderall, but does participate in the Missouri Student Survey.

The 2015 survey results found 8.9 percent of students surveyed say they have taken a drug not perscribed to them.

Baumstark said the district makes an effort to increase education and awareness on the dangers of drugs and alcohol.

"CPS incorporates lessons into its curriculum and reinforces making positive health choices through lessons, guidance, clubs, activities and the districts's 'U Matter' campaign," she said.