Local plow drivers prepare for first snowfall of the season 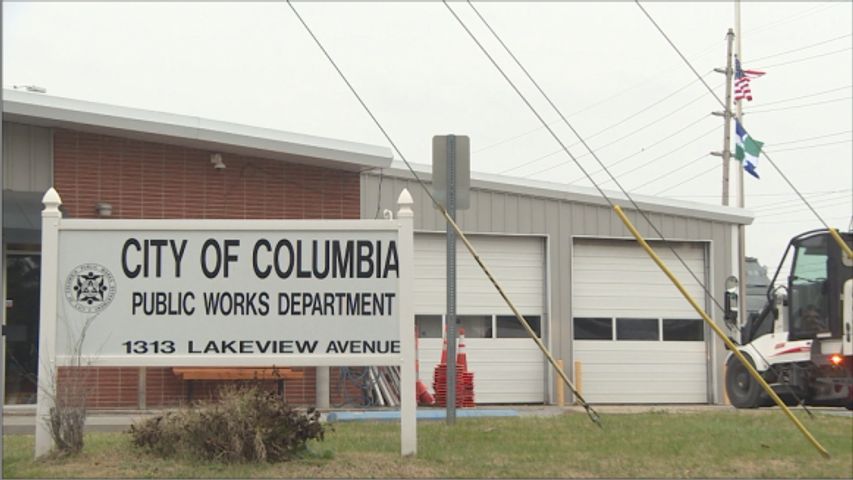 COLUMBIA - With an unseasonably early blast of winter weather on its way, local officials in charge of keeping the roads safe are preparing for overnight work.

While snow is expected to mix in with rain for most of the evening and switch over fully by midnight, Columbia Public Works officials are less concerned with the impact on roads tonight and looking more towards Friday's morning commute.

This is the first winter weather event in Columbia since February.

“There is always the potential for more accidents during the first winter weather event of the season, because drivers haven’t experienced those conditions for several months,” MoDOT State Maintenance Engineer Becky Allmeroth said. “Please slow down, and allow extra time for travel.”

Dalton said to exercise caution on roadways Thursday night, but not to worry too much.

"We're not confident the snow is going to stick because the pavement temps are fairly warm, so we don't expect a lot of accumulation on the road," Dalton said. "The main concern is tomorrow morning's commute, where pavement temperatures could drop and there could be a re-freeze of any moisture already on the road."

For most winter storms, plows are out before the storm to pre-treat roadways with a salt mixture. For this storm, though, the hands of Public Works officials are tied. Rain forecasted before the snow would wipe away any pre-treatment, leaving roads just as slick as they would be without any treatment. Dalton did say that plows would be out as soon as possible.

"Tonight we'll do what we can, our crews are on call and they'll make an operational decision as the weather pattern moves in," Dalton said. "We'll be able to tell better - is it rain, is it snow, is it a mixture - but as soon as it's done raining we'll be able to use treatments and salt, and that'll help if there is a re-freeze."

If you find yourself driving in bad weather, make sure to turn your windshield wipers and headlights on. The Missouri State Highway Patrol says to keep your car's fuel tank at least half full, and if you do find yourself in an accident, stay in your car and keep your seatbelt on while waiting for help to arrive.