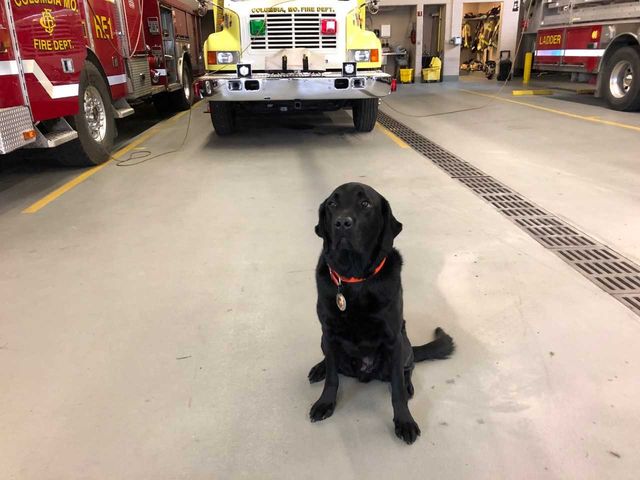 COLUMBIA - The Columbia Fire Department K9 has been awarded the "Healthcare for K9 Heroes" grant.

The grant will cover the four-year-old K9 Izzo for all his health care needs.

Vested Interest in K9s is a nonprofit that awards grants to police departments with a financial burden in supporting their K9 units, that have no more than three K9s and that have previously been awarded a vest through the program.

The Healthcare for K9 Heroes fund started in 2016 and has donated more than $60,000 toward medical reimbursement programs for self-funded K9 units.

Vested Interest in K9s has provided more than 3300 police dogs with bullet and stab protective vests in all 50 states and has donated more than $5.7 million.

"They're saving us a lot of money. In the event that something was to happen to him, we now have coverage, " Pasley said. "And if not, it would come out of our operating budget."