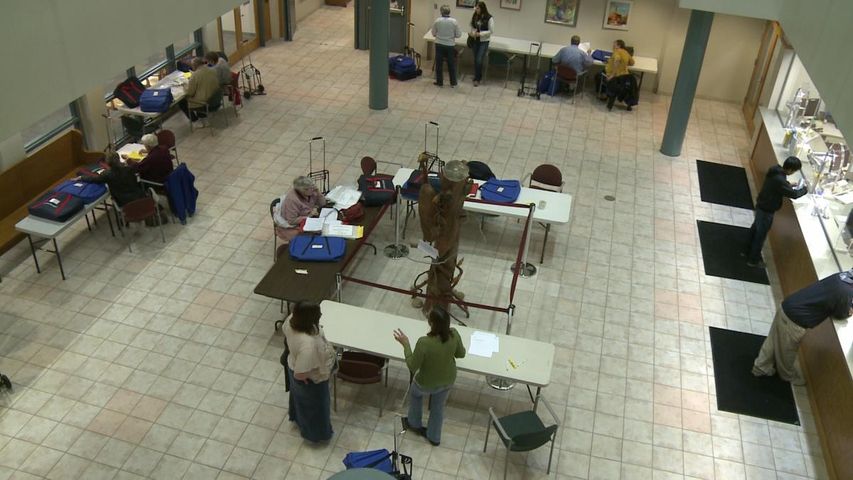 COLUMBIA - With the election less than 24 hours away, local polling places were buzzing with activity Monday to get ready for voters. Volunteers organized ballot bags that go to each polling place Tuesday morning.

Boone County Clerk Wendy Noren said she expects voter turnout to be between 75 and 85 thousand. Seventy-five thousand voters showed up in the 2004 election, and 85 thousand in 2008. "2008 was a special year because Missouri was one of five swing states," Noren said.

Callaway County Clerk Denise Hubbard said she expects voter turnout to be about the same as the 2008 election. "It's really hard to tell though," Hubbard said.

Cole County Clerk Marvin Register said he expects a higher voter turnout than the 2008 election. "We're looking at numbers some where between 73 and 80 percent. We did 73 percent in 2008," Register said.

Here are some things to remember for tomorrow: