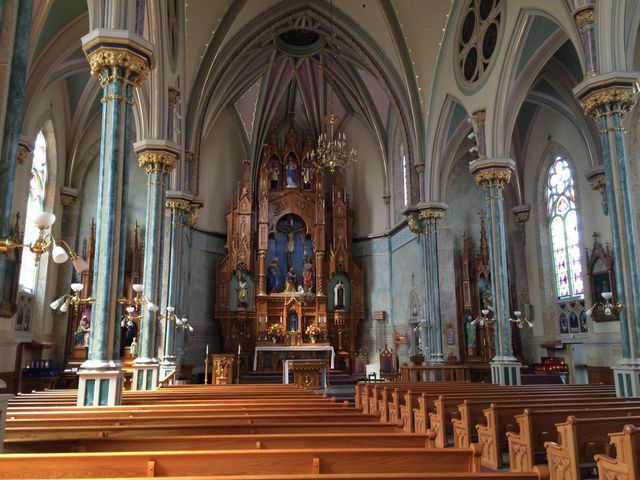 "We can fall into the temptation to think, 'well, we're the people of Missouri, and what the Holy Father says in Washington, or in New York or in Philadelphia doesn't apply to us.' But his words do apply to us, so we should be listening,"  said Fr. Geoffrey Brooke of Sacred Heart Church in Sedalia, who has met Pope Francis and attended his masses in Rome.

In the pope's speech, he praised President Obama for his policies on issues including climate change and immigration. Brooke said, regardless of the political affiliation the pope's remarks seem to side with, it is not his duty to be political.

"It's so easy for us to live in a divided culture. To hear him speaking politically we think of him as a legislator, but that's not the pope's role. The pope's role is to preach the gospel," Brooke said.

Brooke said he agrees with the pope's views on climate change.

"It is our responsibility to participate in initiatives which take care of the creation, and fight any challenges presented by global warming," he said.

Brooke said the pope's message centered on what seems to be a contradiction.

Brooke said he encourages people to read the full text of the speech to absorb the message in its entirety, and take the pope's advice.

"In our world today, we live for the tweet, the 140 characters, the headline, the one-liner. And it can be so busy. We just want to read the headline, we just want that quick tweet and that's all," he said. "But the world is so much more complicated than that. We know that life is much more complex than 140 characters. And the words that Pope Francis speaks to us during his journey reflect that."