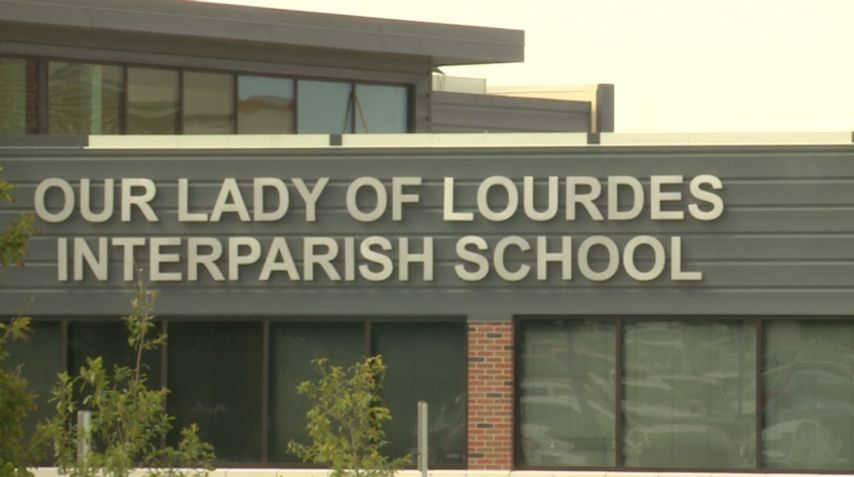 COLUMBIA - Parents of children enrolled in Our Lady of Lourdes Interparish School are outraged after the school took student fingerprints without parental permission.

They did so in order to implement a new system that allows students to easily access their lunch accounts.

Parents of the children received an email late yesterday afternoon saying that the school was "in the process of setting up" these accounts. One parent claims that fingerprints were already being taken before this email was sent.

"They fingerprinted an enormous amount of children in the school yesterday, before they even sent out the email saying that they were thinking about doing this. That is not ok," Chimene Schwach said.

Schwach added that the school not asking permission to take the students information is the biggest issue.

"They did not talk about this with the families. They did not reach out to us. They did not share what they were going to do... that gives my family no agency in deciding what is best for us," Schwach said.

A representative for the Diocese of Jefferson City said that they are implementing this system in order to make the system more secure and efficient.

"It is nearly impossible to reverse engineer the data that is sent to positively identify an individual and successfully "steal" their biometric identity," Helen Osman said via email.

She added that no image of the fingerprint is stored in the school's network.

One local IT expert said that digitalized finger printing is more secure. Physical copies have tangible representations of the print next to your name, while digitalized prints have a double protected system that is almost impossible to trace back to an individual.

Less than a month ago, a portion of the school's data was subjected to encryption by an unknown entity. 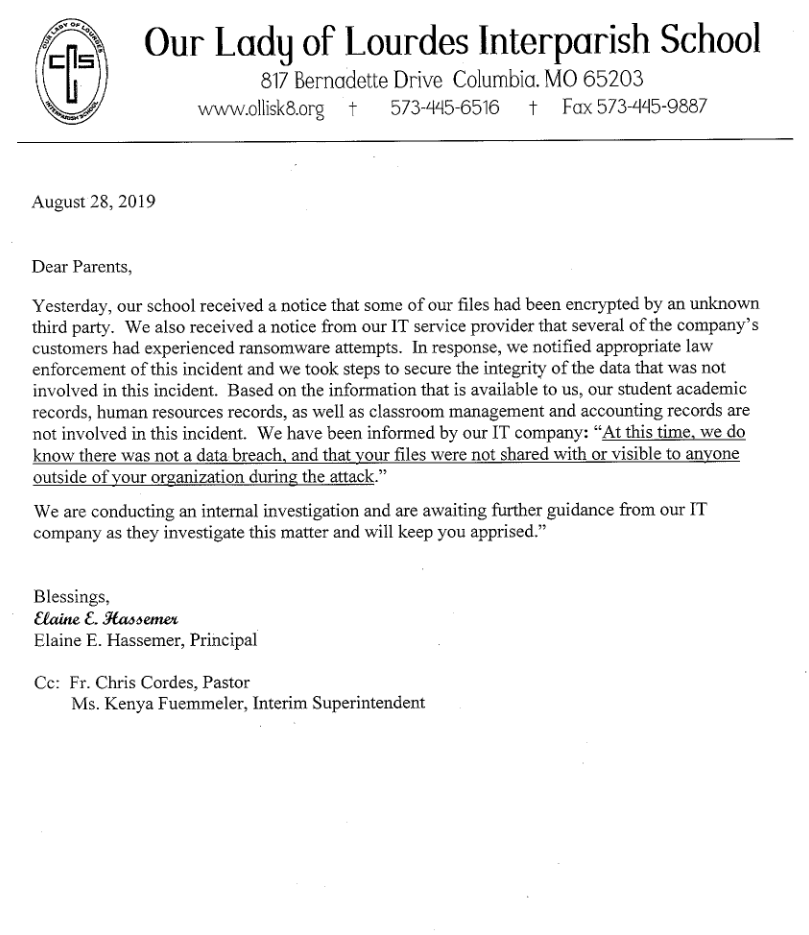 Although this was not a full data breach, Schwach said that it still raises concerns.

"When you say impossible to me these days, I feel like there is a 16-year-old somewhere that's like, 'That's a challenge,'" Schwach said.

Late on Tuesday afternoon, Our Lady of Lourdes released a second letter giving families the option of opting out of the biometrics scan. 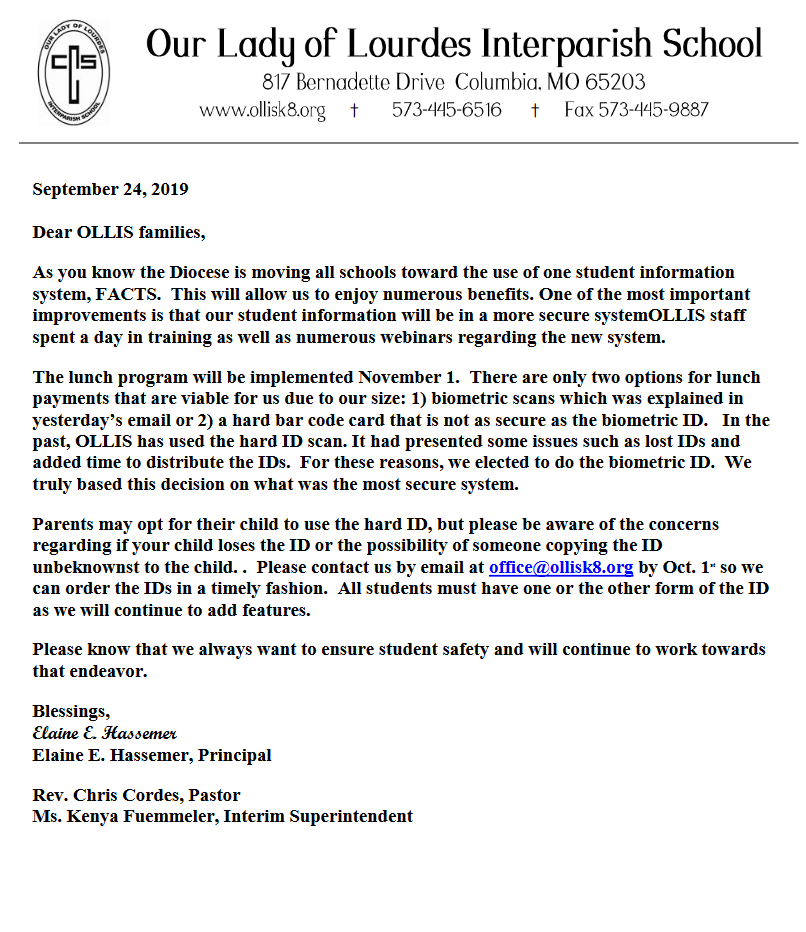 The letter does not mention whether students who have already had their fingers scanned have the option to delete their data.

Our Lady of Lourdes declined to comment for this story.