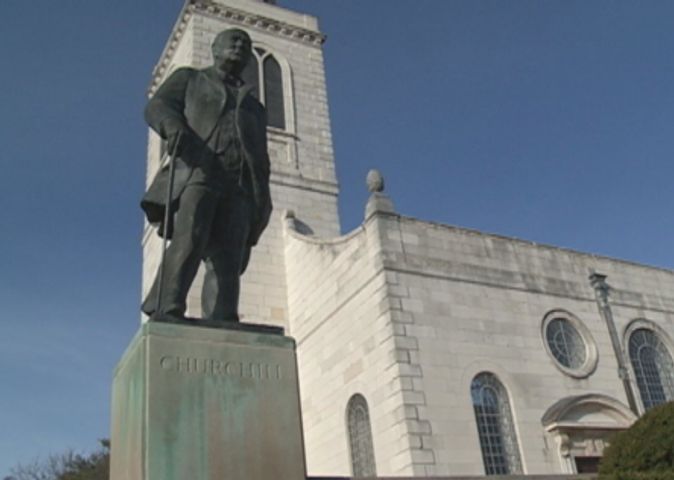 The Callaway Amateur Radio League established a radio station to transmit worldwide Friday evening. The group's radio operations allowed people to make contact with the station and discuss Churchill's famous "Iron Curtain" speech, which informed the world of the spread of communism in Europe after World War II and took place at Westminster College.

"We do this to honor Winston Churchill," league member Dave Phelps said. "He's a world figure who forecast the spread of communism, and he was absolutely true."

Phelps and other league members said they transmit on the anniversary every five years to honor the speech. They said the event meant a lot to the Fulton community, and the radio transmission is a way to remember that.

"There are still a lot of people around here that were around in 1946," Phelps said. "Remembering the speech has a bit of nostalgia to it for them."

Phelps said people were excited for the speech because it also meant President Harry S. Truman, a Missouri native, would be visiting Fulton.

"At that time Fulton wasn't really known for anything," Phelps said. "It was a big deal for people to be able to see both the President of the United States and the Prime Minister of England in their hometown."

Phelps and other members said the transmission's impact isn't limited to Fulton.

"It's something special connected with our town, and it's something we can provide other people around the country and around the world to remember Churchill's speech and the history here at Fulton," league member David Mueller said.

He said the amount of people contacting the station during the anniversary broadcast has more than doubled in the past ten years, to more than 500. Phelps said the last time the league transmitted for the anniversary, 17 European stations reached out.

"People make contact for many reasons," Mueller said. "Some just want to stop in to tell us where they're listening from, others ask us questions about the speech and the event and others share their opinions and add to the discussion that way."

Phelps said people in England especially like to listen because they like to hear how others remember Churchill.

The transmission will continue into Saturday, which marks 70 years since the March 5, 1946 speech.