Local Resident Starts Up "Peddle For Our Planet" 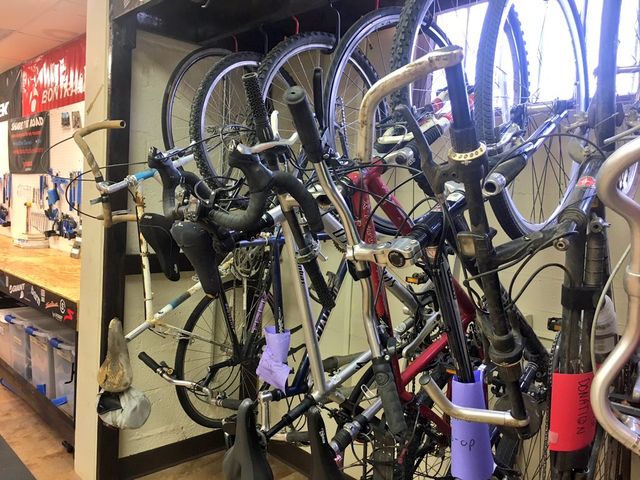 COLUMBIA - With football games and school back in session, Columbia residents are seeing more trash accumulate around the streets. Local resident Joe Brenner took it upon himself, about 3 weeks ago, to help clean up around town. Instead of the normal black trash bag in hand, he uses his bike with a trashcan attached.

He came up with a couple of ideas of how to exactly attach a compartment onto the bike. First, was an old cargo carrier he found on the side of the road. He built a frame, put wheels on and attached it to a bike. But, it was a lot of weight to pull around. His second idea consisted of a slimming it down when he found a free "aerodynamic" trashcan, with a lid. Brenner said this was a challenge because the lid had to be taken off each time he threw trash into it, slowing down time and traffic.

His third option worked the best: a golf club caddy. Once the golf club caddy is attached to the bike, he can place a lidless trashcan in it. This allows him to be more mobile and not have to stop traffic.

"I was just doing it at first for myself. I'd go out riding my bike, listening to music, and clean up some trash," Brenner said. "But now I am wanting to turn it into something a little bit bigger."

Brenner wants to turn his single man expedition, into a community-based volunteer program called "Peddle For Our Planet."

"I'd like to get anyone involved who likes to ride bikes on weekends, join up, and pick stuff up," he said.

This whole idea started when Brenner's bicycle got stolen. It was his only means of transportation, but people told him about the Pedestrian and Pedaling Network (PedNet) in Columbia. There is a class where the program can issue participants a bicycle. Unfortunately, he said there was no funding for the program and they were shorthanded, so Brenner asked to volunteer instead.

He participated in a class where he could get a bike. He said, "This inspired me and made me start looking at things a little bit better...someone got my bike, which was really nice, and I got a better bike with PedNet."

Brenner thinks "Peddle For Our Planet" could be a good way to teach kids bike safety and importance of keeping our planet clean. He said kids could come with chaperons and pick up trash. The kids could also collect the money from aluminum picked up and put it toward school bike programs.

Along with school programs, Brenner said he would use the money to fixing up the bikes if needed and donate to different charities.

Some residents have seen "the guy who has the trashcan on his bike" and applaud him for his initiative. Resident Aaron Timma said, "I think it's great what he is doing. He is doing a job we all should be doing."

Brenner did a trial run this weekend and hit almost every street in downtown Columbia. The profit wasn't what he expected...only $25. But he added, "It's not a whole lot of money to bring in, but when done the campus and community looks a lot nicer."