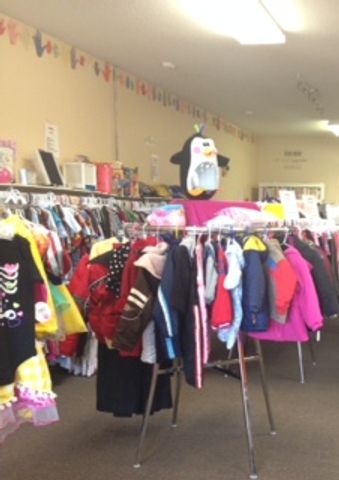 Board Secretary Kara Amann said, with new laws being passed and policies debated, Como Cares wants to help all mothers succeed in their breastfeeding goals.

"Breast pumps are really expensive and some families can't afford them, but they still want to breast feed because it's really important for the infant and the mother," Amann said. "The program is aimed at helping those families afford a breast pump so they can rent it at a reduced price and use it for the duration of their breastfeeding."

Breastfeeding Counselor Michelle Thomas remembers a time when she encouraged a reluctant mother to breastfeed using a pump at the MU Women's and Children's Hospital.

"She was bound and determined not to breastfeed." Thomas said.

But the woman was finally convinced, Thomas said, in part because the baby was in the neonatal intensive care unit.

"I was counseling her here at the hospital and got her to start pumping," Thomas said.

"So we were able to rent her a pump shortly after she was released from the hospital."

Thomas said, because of the program, that mother is now a "champion pumper" and is still providing for her baby through WIC's rent-a-pump program.

Como Cares wants to start a program from within its resource center that can provide breast pumps to low-income mothers without the strict guidelines of the WIC program.

"There's certain qualifications they have to meet, things like returning to work or school," Thomas said.

The resource center plans to have certain guidelines, but also allow stay-at-home mothers the chance to qualify. Como Cares has partnered with the WIC office and is working on the logistics of the process.

Amann said, "If a mother was coming in and was interested in the program, they would sit down and have a conversation with us. Part of that conversation would be income verification and figuring out the need they have."

Another discussion would center on how breastfeeding is going.

"If they have had the baby already, how long they've been breastfeeding, what their breastfeeding goal is. If its before the pregnancy, which is when we hope we can get access to women, it would be ‘what's your breast feeding goal? How do you want this to go? What do you expect?'"

How a woman answers will help Como Cars figure out how to get the women access to the pump that they need.

The center originally partnered with Kilgore's pharmacy and planned on having the rent-a-pump program begin this year. With the increase in price of the breast pump kits (which mothers would have to purchase on their own) and a lack of funding, the program was not able to begin.

Como Cares owns the actual pumps to rent out, but the kits would cost $30 to $50, which organization officials said is outside the price range of low-income mothers.

Como cares said it wanted the program to be completely ready before it starts. Now, with the pump donations from WIC and the grants Como Cares has applied for, the organization should be able to purchase the kits for the mothers to rent out with the pumps.

Como Cares officials said they still need time to figure out the logistics and get everything ready, but hope to have everything figured out and running by the beginning of the year.

"We would love any support that anyone in the community has, if they have ideas, or if they want to come in and talk with us," Amann said. "Or if anyone would like to donate that would be great, because that money would help us get the pumps and the supplies that go with it."