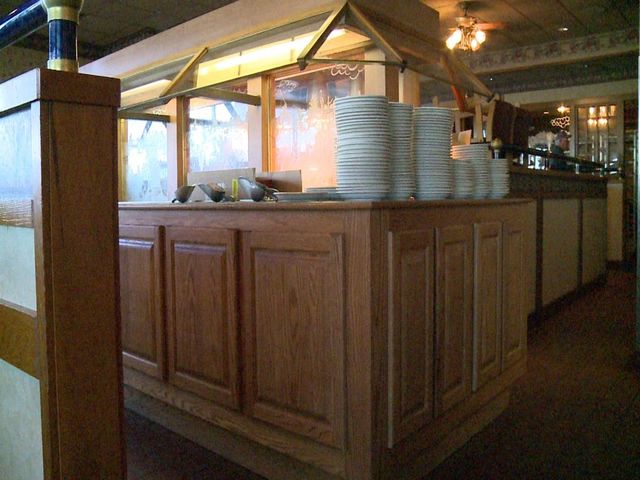 BOONVILLE - Bobber's Cafe opened its doors one last time to sell contents in a public auction. The local hangout will soon be torn down.

The restaurant sits off of Interstate 70 West.

The auction started mid-morning Saturday. They sold all sorts of items. An old gum ball machine, office supplies, cash registers and curb stops. Anything they could sell, they sold.

People came as far as the Lake of the Ozarks to buy shot glasses. Others, who were regular fixtures, just came out of curiosity.

"I grew up here, but I live in Columbia now," said one on-looker. "The last time I ate here was 1977, it was the Windmill then. I had my bridal shower here. It's one of the biggest venues in Boonville."

Barbara Mutter worked at the Bobber for seven years before it closed on Labor Day 2011. She worked the cash register and greeted customers as they came in.

Formally known as the Windmill Restaurant in the 1960s, it later turned into one of five Bobber locations. The Boonville location inherited regular customers from Windmill. They kept the customers by serving home style food like burgers, chicken fried steak, and also because of their ham and cheese omelet.

The owners of the restaurant decided the property is more valuable without the building.

"The owner did everything he could to keep it open," said Mutter.

Mutter hasn't been able to find a job since the Bobber closed. She said it's because of her age.

"You look around, so many memories," said Mutter. "A car hit that corner booth. We couldn't sit anyone there for while."

"Once you came to the Bobber, you were a lifer," said Mutter.