Local sports team plays for a cause 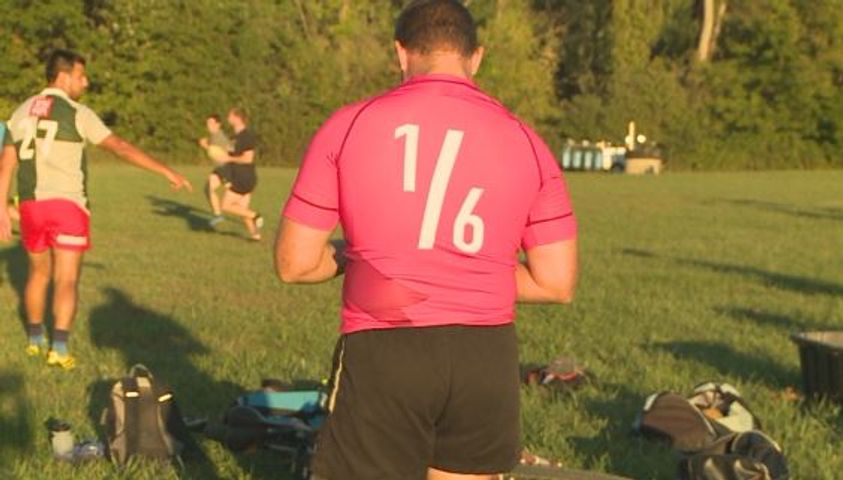 Columbia - The Columbia Rugby Football Club is suiting up in a different kind of way for its upcoming Breast Cancer Awareness Rugby match.

The group revealed its decision on Facebook, showcasing what the new pink jerseys look like and encouraging people to come out to support the upcoming game.

Chuck Rudkin is the club president. He said supporting the team means supporting a greater cause.

"We know that one in six women will get breast cancer in their lifetime, so we wear that on the back of our jerseys to show support and awareness," Rudkin said.

The team also plans to auction off the jerseys to fans after their game on Saturday. The proceeds will go to organizations like Pink Pursuit and the Ellis Fischel Cancer Center.

"I mean the impact is real. We have players on our team who know people who've had family members pass away from breast cancer, so this is important to us," Rudkin said.

According to the Missouri Department of Health and Senior Services, breast cancer accounts for one-third of cancers diagnosed in the state of Missouri.

Shan Schauffler is a part of the Columbia Football Club as well. He says the cause affects him in a special kind of way.

"I know four people who have breast cancer. That's a lot of people if you think about it," Schauffler said, "We're doing this because we want people to know that we are a part of the community."

The game will take place at 1 p.m. at the field on Scott Boulevard.