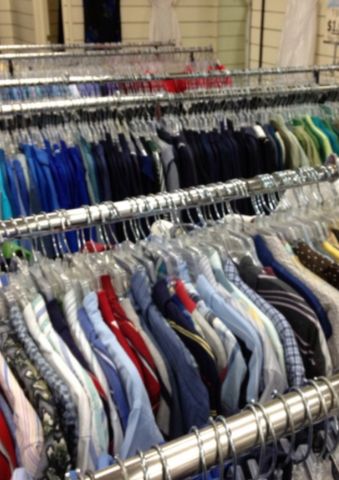 COLUMBIA - Local thrift stores advertise that their proceeds help support the community, but one popular shop is likely not living up to its promise.

Goodwill is a chain thrift store with a mission statement that claims to help people get jobs in the community.

"MERS/Missouri Goodwill's mission is to provide opportunities for persons with barriers to employment to work and live more independently in the community," according to Goodwill's website.

Jolie Boeger is the administrative assistant for the President of Goodwill and said the company follows through on its promise by setting up local career centers funded by store profits.

"Some proceeds go to the store's overhead expenses but the majority of the proceeds help support our career centers," Boeger said.

Since the closest career center is nearly an hour away, the Columbia Goodwill location does not actually support people in the community. The majority of the proceeds from this location are supporting career centers based in Moberly and St. Louis.

Corey Halloway said he shops at the Columbia Goodwill to get a discount on items and said he enjoys shopping at a store that helps support the community.

Halloway also said he is unsure of exactly what his money is helping fund. He said he was disappointed the profits don't actually support the community.

"A lot of us are uneducated to where our proceeds go to when we spend our money in certain shops," Halloway said. "I expect money to be fed into the community when its told to me that its going to be sent back into the community and I don't really appreciate that it's not."

The Salvation Army has two thrift stores in Columbia and has a similar mission statement. Cyndy Chapman is a Regional Director for Development and said the store's proceeds stay local.

"When people drop off donations of gently used household items, or clothing, or furniture, those items are recycled to reclaim lives right here in our community," Chapman said.

The majority of the money made from the Columbia Salvation Army stores help fund a local homeless shelter. "The proceeds from both of our local stores stay right here in the community to provide social services such as The Salvation Army Harbor House," Chapman said.

Harbor House is a 61 bed homeless facility and is open 365 days a year. Chapman said the majority of The Salvation Army's profits from the local stores help Harbor House with operations to keep it running year round.