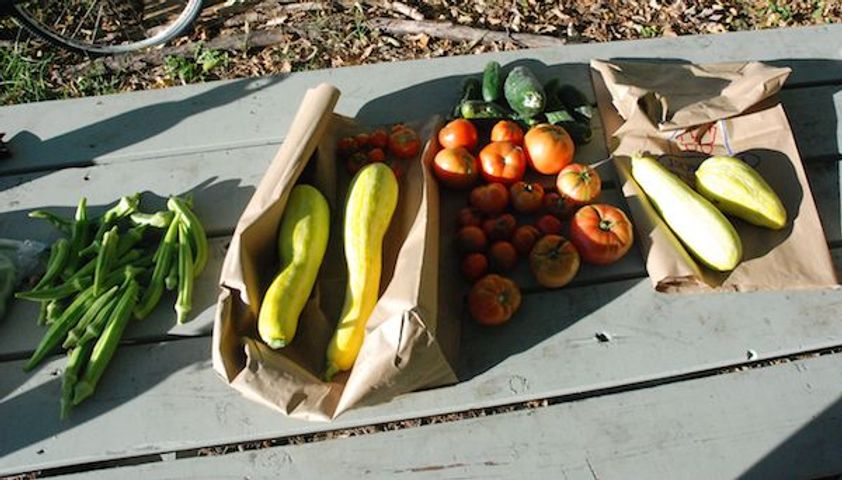 COLUMBIA - On the side of Kilgore's Pharmacy off of North Providence lies a small plot of land no bigger than a typical backyard. You wouldn't even notice that it was there. The small plot of land has produced over a thousand pounds of fruits and vegetables. This small urban garden takes all of the produce it grows and donates its weekly to a local daycare, Nora Stewart's Early Learning Center.

"The purpose of this donation is to heavily increase the amount of fresh produce the pre-school age children at the learning center consume Monday through Friday to help combat alarming high rates of diabetes and obesity in children," said Kilgore's garden volunteer coordinator Daniel Soetaert.

"We are transitioning between summer vegetables to fall vegetables right now, so we have so much variety of fruits and vegetables for the kids to pick from," said Soetaert.

Kilgore's Medical Pharmacy started a garden next to its building in August 2010. From the moment the garden sprouted, the pharmacy wanted to give away its produce to emphasize the importance of eating healthier at a younger age.

"As the years go on, we try to plant more vegetables that the kids will eat, since after all this garden is for them," said Soetaert.

However, a cook at Nora Stewart's Early Learning Center says it's hard to get the younger children ages 2 to 5 to actually try the vegetables.

"I have to tell them that the carrots will give them good eyesight or try to serve them with ranch to get them to eat it," said Gail Thornton.

Getting the vegetables from a local urban garden that the children can visit helps play a role in the kids at Nora Stewart's Early Learning Center eat their vegetables.

"The children get to see how the vegetables are planted and in turn want to eat or at least try the vegetables. Plus, Kilgore's garden doesn't use pesticides, which is so much more healthier for the kids than the stuff you find at a supermarket," said Thorton.