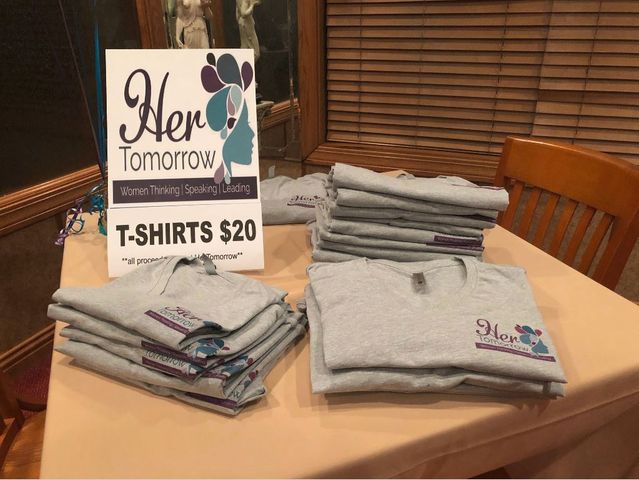 COLUMBIA - HerTomorrow announced Tuesday its plans to expand a women’s speaking event to over ten cities around the country.

HerTomorrow’s expansion plans follow the success of its first September event at Columbia College.  Co-organizer Sean Spence said HerTomorrow was founded about seven months ago and since then, the excitment from the community has only grown.

“Because of the response we’ve gotten it just made a lot of sense to say where else should we do this and honestly there’s a whole big wide country where we think we should do it,” Spence said.

The local charity’s half-day long events feature speakers who talk about something he or she believes will add value to the world around them. Spence said he wanted to create a charity speaking event like TED Talks but only for women.

Co-organizer Adonica Coleman said she was chosen as one of the 13 speakers at the first HerTomorrow event in September. Coleman said the event had a mixed attendance.

“I would honestly say as far as events go, it’s been one of the most diverse crowds that I’ve seen and partly because there was a conscious effort to make sure that the host committee, as well as the speakers, were diverse,” Coleman said.

“HerTomorrow assembles brilliant, powerful, compelling women to share their thoughts about their lives, the world, and the state of women, today and tomorrow. It is an independent organization,” according to the organization’s website.

Spence said while anyone is eligible to speak at HerTomorrow events, the subject matter of the speeches must be about the lives, the past, and the futures of women.

A happy hour hosted Tuesday sold t-shirts to help fund the charity’s expansion. Anne Churchill spoke at the happy hour event about how integrating three values into your life as a woman, can have a huge impact. Churchill said she think the charity's expansion is a great opportunity for Columbia locals.

"I think it's a great opportunity for, especially here in Mid-Missouri, for people to hear directly from other locals that have those talents to be able to share those motivators or things that we can really help people achieve things in their life. And that's what HerTomorrow is able to bring together, that network," said Churchill.

HerTomorrow is scheduling a Jefferson City event in February.