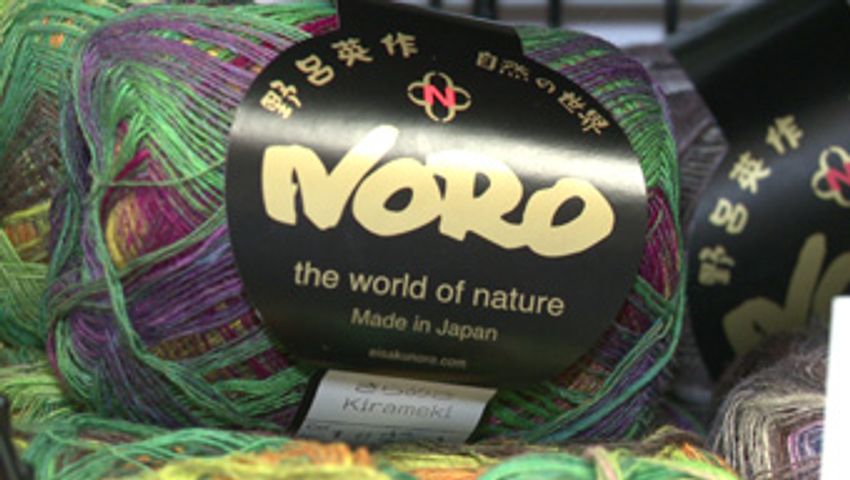 COLUMBIA - In an effort to help raise relief funds for Japan, Hillcreek Yarn Shoppe is donating 10 percent of all yarn sales between now and March 31.

The store, located at 1414 Rangeline in Columbia, partnered with a U.S. yarn distributor, Knitting Fever Inc., for the fundraiser. Knitting Fever Inc. will match every dollar collected by Hillcreek Yarn Shoppe until the end of the month.

Knitting Fever Inc. distributes a popular Japanese yarn, Noro of Japan, that is carried in the Hillcreek Yarn Shoppe. Sales associate at Hillcreek, Jane Stephens says the Noro yarn is very popular among customers, "It is such a colorful yarn and people love to knit with it because it changes colors as you knit and it makes your work look very beautiful."

Hillcreek Yarn Shoppe hopes to raise more than $500 dollars for a total donation of $1,000 dollars to Japanese relief efforts.

Carol Baskett is a member of the yarn shop's knitting group, the Knit Wits.  She says she'd like to see the shop reach their goal, "I'm hoping so, they're about halfway there."

About $300 dollars have been collected so far. Those wanting to donate may do so by purchasing any yarn from Hillcreek Yarn Shoppe or by giving donations at the store.