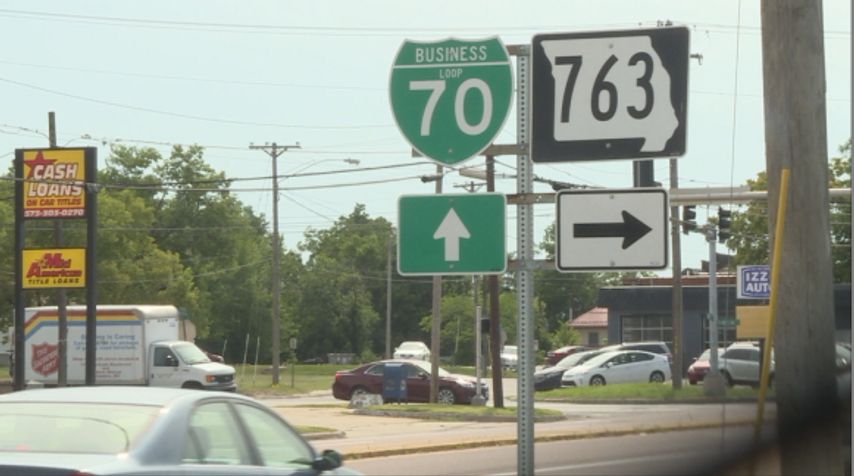 COLUMBIA - The Loop CID met with the Planning and Zoning Committee Thursday night to discuss future plans for Business Loop 70.

"This is a plan to re-do the entire Business Loop. It is a five to 10 year plan," vice chairman of the Loop CID James Roark-Gruender said.

This meeting comes after the Columbia city council agreed Monday night to send the plan to the Planning and Zoning Committee.

City Council also announced the Loop corridor plan will be adopted into the city ordinance.

"This is just information, we just want everybody to be on the same page. We want Planning and Zoning to know what we're doing," he said.

Although there was some controversy regarding some topics, members of the Planning and Zoning Commission were on board with the idea of rehabbing Business Loop 70.

Nearly 20 people are on the planning committee for this project.

The designed plan is called the Loop Corridor Plan which entails upgrading all aspects of the area over the next 10 years.

The Loop CID wants the three exits off of I-70 leading to Business Loop to be reconstructed.

Other fixes include gathering places in vacant lots and burying power lines underground to provide more space along the road.

"We're looking to do a festival pop-up lot down by Rangeline and that will be where we will put up tables and chairs," Roark-Gruender said.

Some of the long-term plans for Business Loop include bike paths along the road.

Even without all of these things being added to the road, some business owners said accessibility is the biggest concern.

"We just want to make the road much more usable; much more friendly for pedestrians, bikes, and cars," Roark-Gruender said.

Roark-Gruender said having roads more accessible and being used more by people will create more revenue for businesses along Business Loop 70.

The overall cost for the project will be around $375,000 according to the budget presented by the Loop CID.