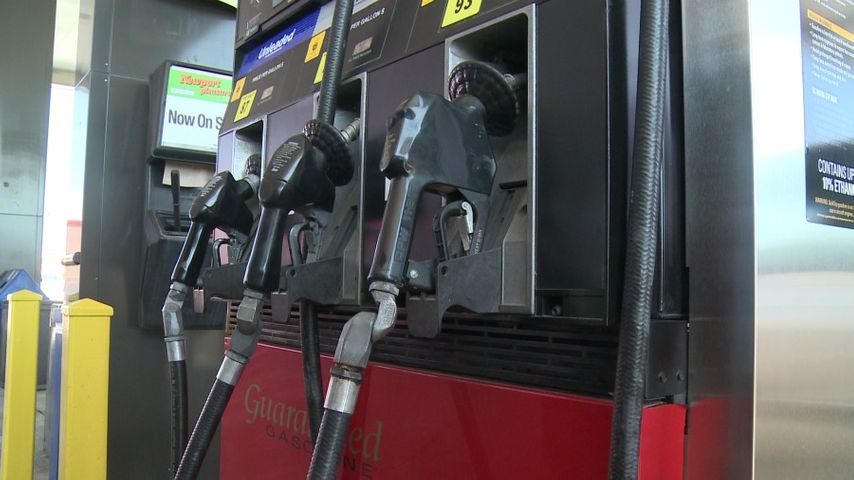 COLUMBIA - Summer road trips are going to be cheaper for Missouri drivers this year.

According to AAA, the state has the 8th lowest average price of gas in the U.S.

And it appears gas prices should stay steady throughout the rest of the summer.

"I really don't see a reason for gas prices to vary from where they are at," said senior petroleum analyst Patrick DeHaan of GasBuddy.com.

DeHaan said he expects gas prices to stay between about $2.00 and $2.20 across the state for the rest of summer.

"It should be a fairly quiet summer with gas prices remaining very similar to what they were last year, maybe a touch higher," DeHaan said.

That is good news for summer travelers and families going on vacation throughout this summer. But drivers are not the only ones who keep a close eye on gas prices when the temperatures rise.

"There will usually be a large spike in gas prices which we have to account for by bidding appropriately at the beginning of the season," Tyrer said. "This year with projections showing that gas prices are going to be remaining fairly static moving forward, it is going to be really nice for us because we budgeted for it at the beginning of the season."

Tyrer said it is important for the company to have competitive prices because people have lots of options when it comes to lawn care businesses.

"Obviously fuel expenses are one of our most key expenses that we have to plan for," Tyrer said.

He said when gas prices go up significantly like in years past, it can cripple his company's margins. He said Mow-It-Alls does its best to try to keep prices and rates competitive.

"But if the fuel costs are going up...that is really going to hurt us. We can plan for it as best we can, but obviously are margins are thin and it's something we don't want to have happen," Tyrer said. "So when you see fuel prices staying around $2.00 a gallon and they are going to remain that way for the rest of the season, it is almost like a sigh of relief."

He said the company uses up to 200 to 300 gallons of fuel a week during the summer.

DeHaan said he thinks lower prices could be the norm for the next few years.

"I would say that in three to four years, oil prices could be a bit higher, but still far lower than what we have seen record levels," DeHaan said.

DeHaan said he could only see an unexpected increase in gas prices happen if there is a hurricane or some natural disaster in the Gulf Coast this summer.