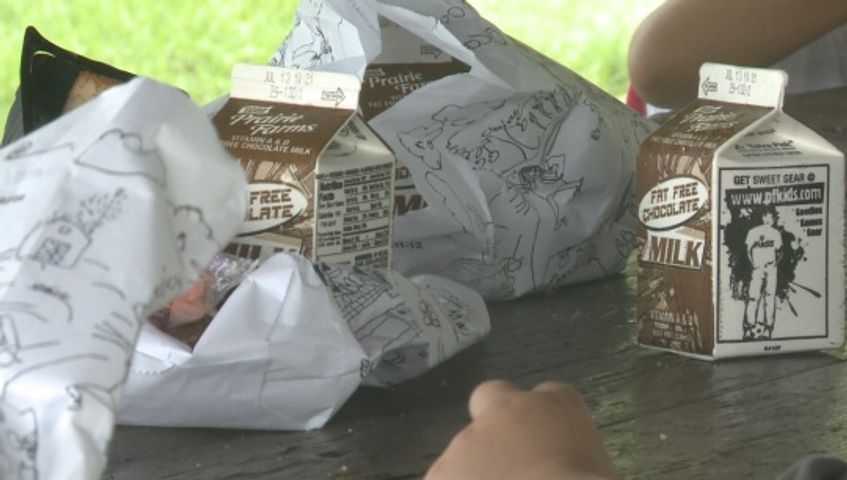 COLUMBIA - Children who rely on free meals during the school year also have access to food programs during the summer months.

Lunch in the Park is part of the national Summer Food Service Program, which aims to ensure children from low-income families continue to receive nutritious meals when school is not in session. Lunches are funded by the U.S. Department of Agriculture and are an extension of the free and reduced-price lunch program that runs during the school year.

Alma Tapp is the owner of The School House Daycare. She has been coming to the park with her students for the past 15 years and says it's one of the things the kids look forward too.

"Sometimes, especially when we go to the movies, we come and have lunch here, which is every week," Tapp said. "And the kids love to come down and play and they love the lunches."

A report from the nonprofit Food Research and Action Center finds that 37,623 children in Missouri were served summer meals on an average day in July 2014. That's an increase of nearly 34 percent from the previous year. Nationally, more than 3 million students participated in summer meal programs, up 7.3 percent from 2013.

Site Supervisor Laura Starjak says this year Columbia's Lunch in the Park has brought an average of 100 kids a day. But that number can vary depending on the weather.

"The first summer I did this, I remember serving 185 kids in one day and I thought, you've got to be kidding me," Starjak said. "But it varies, sometimes the weather might be dreary and we will only serve about 35 kids."

Starjak said every summer, the program serves a total of at least 7,000 lunches.

According to the Missouri Department of Elementary and Secondary Education, in the 2014-2015 school year, 7,734 Columbia Public School students, or 43 percent, qualified for free or reduced-price lunch

For 15 summers, the program has been going on at Douglass Park. It is the only site organized by the Columbia/Boone County Department of Public Health and Human Services, but other programs, such as the Boys and Girls Club and some local churches, offer lunches to kids too.

Lunches are prepared at Smithton Elementary School and are later delivered at 10:30 a.m. in Douglass Park.

On Monday's, Lunch in the Park also includes the Daniel Boone Regional Library Bookmobile. It's a traveling library that holds thousands of books for students. The Bookmobile also carries books that kids have previously ordered online for them to pick up.

"They not only provide food, but they have different activities as well," Tapp said. "And so my kids get to partake in that and it's just another reason to come and not only eat lunch but also learn at the same time."