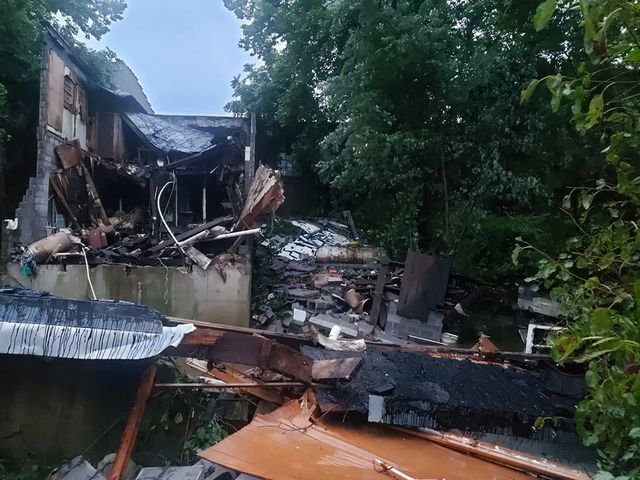 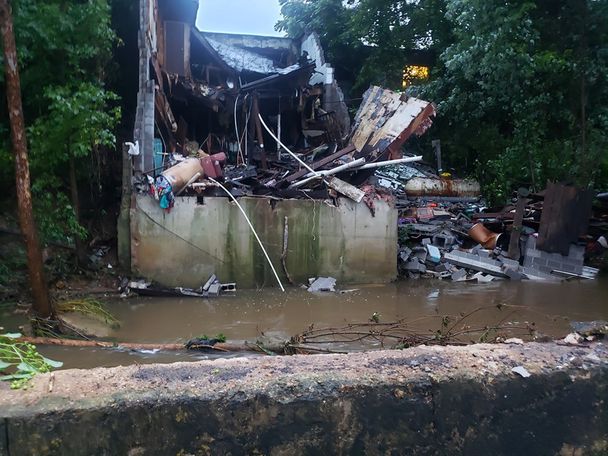 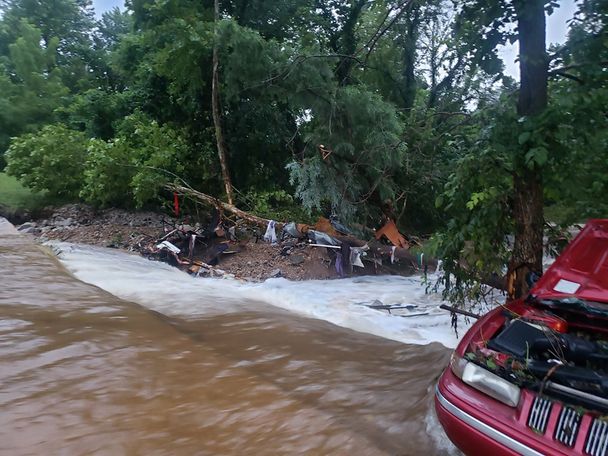 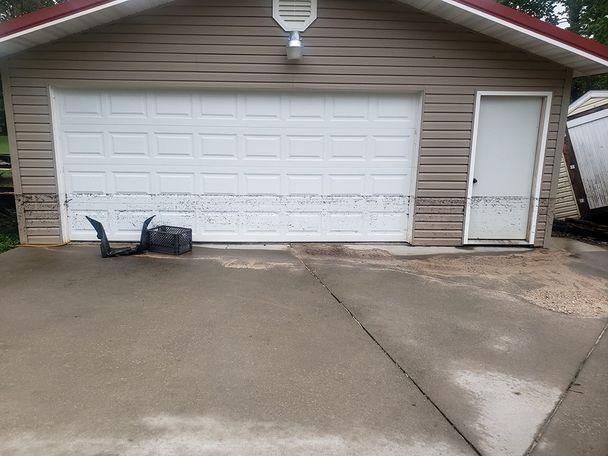 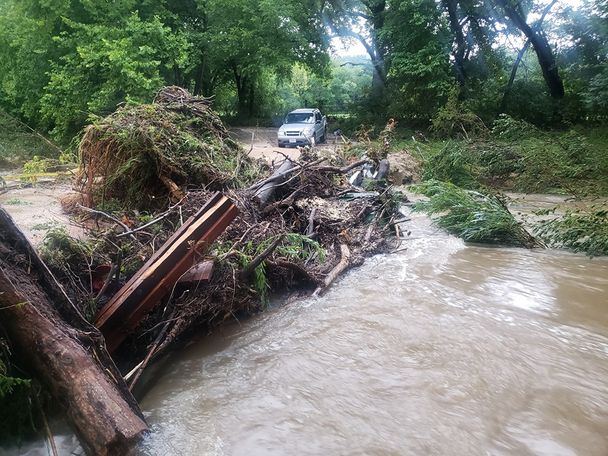 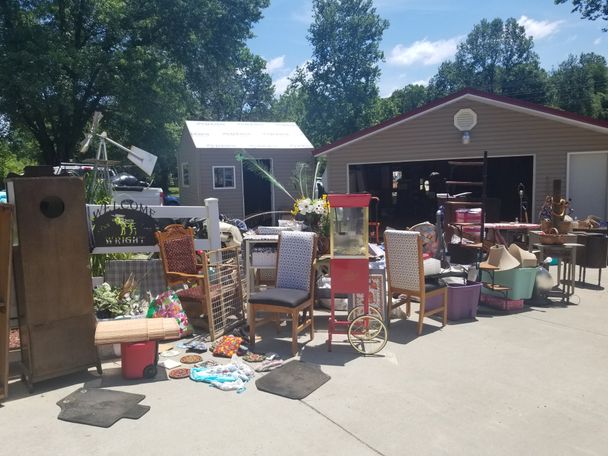 MACKS CREEK — A building in Camden County has collapsed after floodwaters compromised the structure.

According to a Facebook post by the Southwest Camden County Fire Protection District, firefighters found the collapsed structure just after 6 a.m. Monday while responding to reports of a gas leak.

The collapse damaged a nearby propane line on Baptist Street in Macks Creek.

The post said debris has been cleared, but the road remains impassable due to flood waters.

No injuries have been reported from the flooding or damage.

UPDATE:   Lynn and Greg Wright's home was flooded when the creek broke out. The Wright's said there was about two feet of water in their home.

"It came in as quick as it left," Mr. Wright said.

All of the families belongings were spread out across their lawn to dry. They are tearing up their flooring, and have shop fans inside the house to dry it out.

The Wrights didn't have flood insurance, because they are not considered in a flood plain. The Wrights said they believe the culvert behind their home clogged up during a rain storm last night, and that is the reason their home flooded. The Wright family said they have not seen the culvert cleaned out in a while.

MODOT had a crew out this morning to clean the culvert of debris. KOMU reached out to MODOT and they said the culvert had been cleaned out recently.