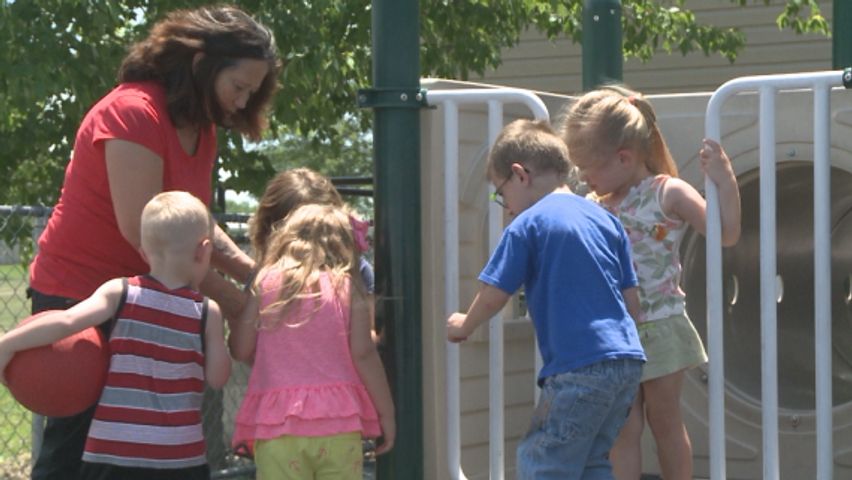 MACON - After more than a month of fundraising, the Community Child Development Center (CCDC) is still below its goal of raising $5000 for equipment, materials, and need-based scholarships for students.

CCDC is raising the funds so the almost 1,000 children under the age of five in Macon County can be taught an education curriculum as well as socialization skills.

CCDC is funded by some state grants, but Jess Miner, a parent who started the fundraiser, said those funds are not always renewable.

"That money's never guaranteed, so any efforts that we can go and get out - get the name out, and get the word out and source local - provides a little bit of a buffer."

The fundraiser is called "The SMILE Fund Campaign." Miner said another parent helped come up with the name because the children "are happy and smiling" when they are at the center.

Part of the money raised goes toward the Lewis Ash Memorial Fund, which pays for families who cannot afford childcare at CCDC, as well as additional equipment and materials for the children.

According to CCDC, the facility was created to meet community need in 2005 and has had a waitlist ranging from 30 to 50 children since 2009.

The last day of the fundraiser is Thursday. The community is encouraged to donate via Facebook. CCDC said it has raised less than half of its goal.