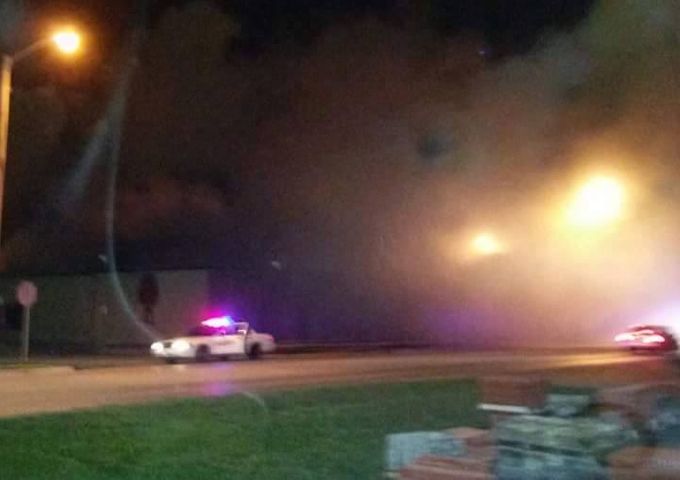 MACON - The Macon Fire Department (MFD) responded to a fire at a restaurant on Monday night.

MFD received reports of a structure fire at AJ's Eat and Drink at 1407 N. Missouri St. at 10:07 p.m. Officials said 12 firefighters responded to the scene and got the fire under control within 45 minutes.

Jeff Skjeveland, Macon Fire Department Captain, said no one was injured. Skjeveland also added the restaurant was unoccupied during the time.

Michael Abbadessa, owner and operator of Pear Tree Inc. which operates AJ's Eat and Drink, said the fire started on the production side, since a crouton factory is attached to the restaurant off North Missouri Street.

"It's not a total loss," Abbadessa said. ["There will] be a lot of cleaning and a little remodeling and we should be back going."

Abbadessa is still waiting on word from the fire marshall and the adjusters.

The A.J.'s owner said about 60 people will be out of work thanks to the fire. However, Abbadessa said they [the company] has a good policy to "help in it" and hopes the workers will be back to work real soon. It all depends when the insurance adjusters get back.

This is the second time Abbadessa has lost a restaurant. Three years ago, the original Pear Tree Restaurant in Bevier, Missouri burned down.

Firefighters were still investigating the cause of the blaze as of Tuesday morning. The state Division of Fire Safety assisted the Macon Fire Department in its investigation.

The cause of the fire at AJ's Eat and Drink is unknown and was under investigation.