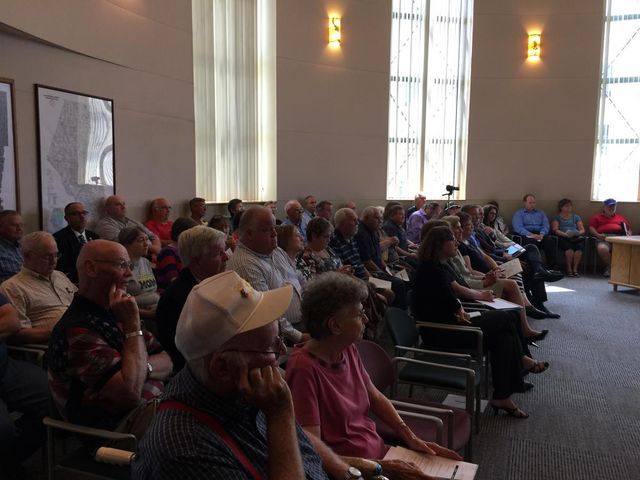 COLUMBIA - The public spoke out about the possible relocation of the Desert Storm Memorial at a Boone County Commission meeting Thursday.

Most of the crowd wanted it to stay at its current location, Courthouse Plaza near the Boone County Courthouse.

Many of these people were the parents of military personnel or veterans.

Sherry Wyatt lost her son in Afghanistan three years ago and finds it disrespectful that the commission is considering moving the monument.

Those who want the monument moved say it violates Missouri's constitution since it contains a religious symbol and is located on government property.

The symbol is an ichthus, which is a common religious symbol associated with Jesus and looks like a fish. About a year ago that symbol was covered up.

The next meeting about the monument will be at the Boone County Government building on August 11.