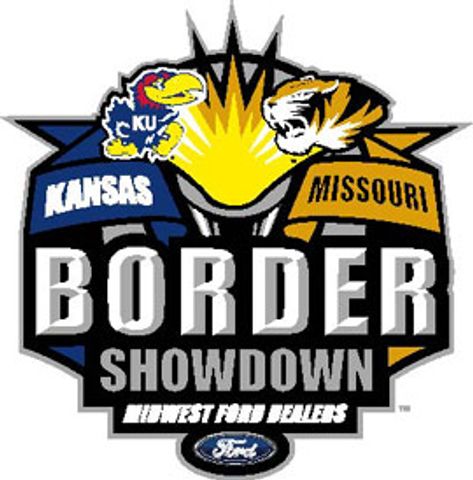 KANSAS CITY - The Missouri Tigers struggled early on in their 24-10 victory over the Kansas Jayhawks on Saturday afternoon. James Franklin and the Tigers escaped the first half trailing 10-3 after Franklin threw three interceptions.

The Tigers settled down in the second half and the sophomore quarterback regained his composure throwing two touchdowns. The Tigers gained 93 yards in nine plays capping off the drive with a 25-yard catch by senior wide reciever  Wes Kemp, "I think something was said all the drives before that, but it was actually the time we got it all started."

The Tigers didn't stop there, the next drive Franklin led the Tigers 82 yards in just over two minutes capping the drive off with a 53-yard catch by sophomore wide reciever Marcus Lucas. Lucas may only be in his second season, but already has a memorable catch, "I talked about it to everyone all the time in meetings I wanted to score against these guys. It happened and it was one of the greatest feelings I've had. One of my best Mizzou memories."

Memories were a theme of the Border Showdown because Saturday's game will most likely be the last one. Kansas says they'll only play Missouri in a conference game. Head coach Gary Pinkel feels the game should continue, "without question this thing can continue if both schools decide they want to. It's not real complex... I don't think. You can make it work. I know we're certainly willing to do that. You'd like to keep this rivalry going and hopefully people get to together and do what's right."

Senior defensive tackle Dominique Hamilton has a different opinion on the game saying, "c'mon stop being a wuss and let's go. Just keep it going. It's been going on for a while so let's keep it going."

With every rivalry comes bragging rights awarded to the winner until the next time the teams play. Wes Kemp says it's different this year, "it's the bragging rights. Usually it's about 365 days, but now we can just brag for an extended period of time until they start the rivalry back up."

Without a doubt now the Tigers own all-time bragging rights. In the 120th edition Mizzou is now 56-55 with 9 ties and that's on Kansas' ledger. Missouri says it's 57-54 with 9 ties.