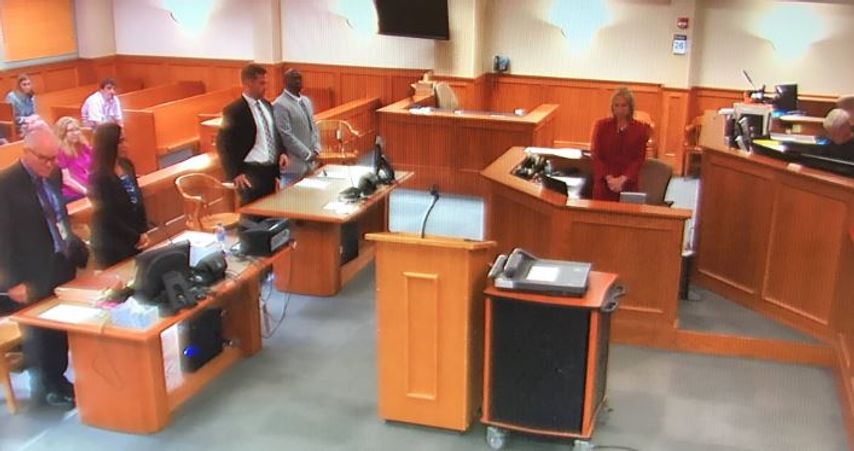 The prosecutor filed first-degree arson charges against Hall, saying he had taken money from a former employer to set a South Columbia mobile home on fire with a woman inside in December of 2014.

The jury deliberated for five hours on Wednesday and continued at 9 a.m. Thursday. Around noon the jury told the judge they were unsure if they could come to a unanimous decision and for guidance.

The judge reiterated to the jurors instructions that they should do their best to come to a decision. The defense attorney T.J. Kirsch asked for a hung jury at that point. The judge asked the jury by raise of hands if they thought more time to deliberate would be beneficial, and more than two jurors agreed, sending them back to deliberation.

The jury went back to deliberate until around 2 p.m. skipping lunch to come to a conclusion.

This is the second time the state of Missouri has tried Hall on this arson case. The first trial in February ended in a hung jury.

Both, prosecutor Philip Groenweghe, and defense, Kirsch, declined to comment on the outcome of the trial.

During trial, the prosecution argued Hall's ties to former employee Mehrdad Fotoohighiam, or "Mike," who is currently in Boone County jail awaiting trial for first-degree arson and attempted murder/conspiracy to commit murder charges.

The prosecution called six witnesses to testify - including the owner of the mobile home who suffered carbon monoxide poisoning and second-degree burns.

Wednesday, she told the courtroom she managed to escape through a window. She said her hands were so swollen she couldn't use them.

Other testimonies included officers from the Columbia Police Department and Jennifer Wilson, who lived with Hall at the time.

Wilson said in her testimony Fotoohighiam offered Hall $500 to burn the trailer. She also said the night of the fire Hall came home smelling of gasoline and singed eyebrows.

Hall's attorney, Kirsch argued there is no evidence that places Hall at the scene of the fire. Kirsch also pointed out that many of the witnesses called to the stand have criminal histories.

Hall chose not to testify.