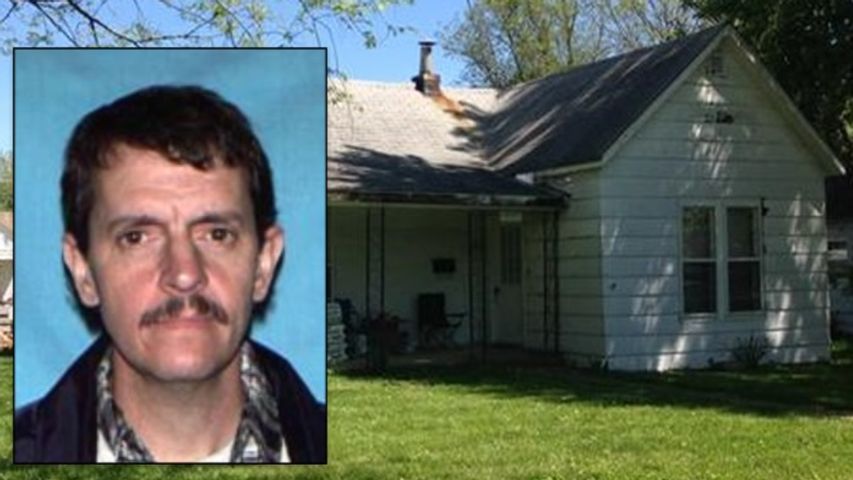 SEDALIA - (Updated at 4:45 p.m.) Law enforcement officers confirmed they did not find their suspect in a search of three houses in Sedalia where they believed James Horn may have been holed up Thursday after the murder of a woman he had previously kept captive in a box for four months. The woman's son was also killed.

The Missouri State Highway Patrol and Sedalia police went to the house in the 800 block of E. 15th Street after police discovered the body of Sandra Kay Sutton and her 17-year-old son, Zachary Wade Sutton, at a home in Clinton. During a six-hour period, law enforcement teams searched three houses in the area, at times using a robot.

Horn was accused of keeping the 46-year-old Sutton inside a box for four months. He has remained at large since Sutton escaped on April 30. He has been charged with rape, assault, felonious restraint, unlawful use of a weapon, and armed criminal action. He was previously a registered sex offender.

After the bodies were found Thursday, The Clinton Police Department said, "Horn should be considered armed and dangerous."

Clinton police said there was no sign of forced entry at the house where Sutton's body was found.

A chaplin was helping Sutton's family relocate from the crime scene.

According to a probable cause statement released earlier this month, Horn, Jr. and Sutton got into a fight while driving in his car in January. Once they returned to the residence, Horn, Jr. began to build the wooden structure Sutton would be held in. Court documents said Horn, Jr. made Sutton help build the structure saying that she feared for her life if she made any attempt to flee or leave. Sutton said Horn, Jr. would also brandish a knife with a yellow handle by "keeping it near me and showing it to me."

According to police, the wooden structure was 100 inches long, 48 inches wide, and 52 inches tall, and was located in a bedroom. The box was sound proofed with layers of insulation and padding, with a small hole cut to allow air to enter. Sleeping bags, flashlights, reading materials, and a bucket of urine and feces were found inside the box.

Clinton police's Public Information Officer, Sonny Lynch, said, to his knowledge, Sutton was not in protective custody and had never sought a protection order. Lynch said police did not know she was living in Clinton.

Below are tweets from KOMU 8 News coverage of Thursday's events.

Sgt. Lowe w/ Missouri State Highway Patrol confirmed James Horn Jr. was not in any of the three houses they searched on 15th St @KOMUnews

RT @j_middaugh The officers have left the back of the house and closed the door. @KOMUnews

RT @j_middaugh @KOMUnews It looks like officials are trying to enter through the back of the house. pic.twitter.com/wutqAiReRF

RT @j_middaugh Officials just announced to Horn that they will stay where they are until he comes out pic.twitter.com/E3dG8VtzMc

[This story is being continually updated with the latest information available.]