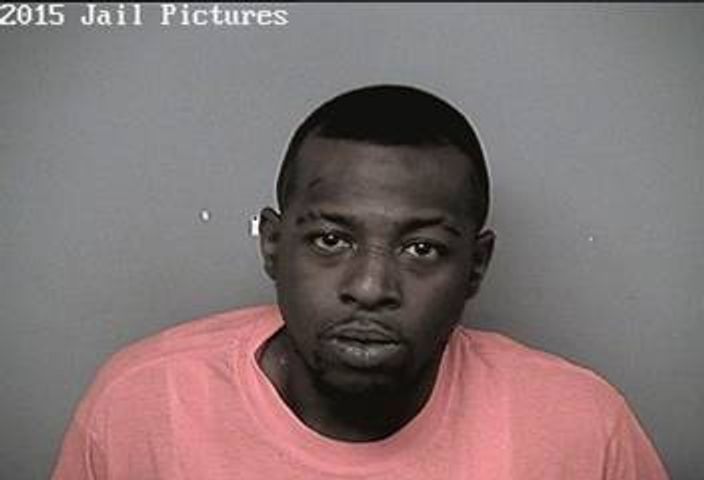 Carlton Tyler, 32, was charged with first degree assault, armed criminal action and felon in possession of a firearm.

When the Jefferson City Police Department arrived on scene, witnesses reported that two men were arguing in the street when one man pulled out a rifle and shot the other around 1:15 in the afternoon.

A witness told JCPD that the suspect entered a residence on East Miller Street.

"There was a phone call from a local hospital saying they had just got a patient in with a gunshot wound which was consistent with the information we had," said Lieutenant Dave Williams of the Jefferson City Police Department.

Williams said the officers surrounded the house and began trying to determine how they would contact the occupants of the home, but before they could do that the suspect, a woman, and two young children left the residence and attempted to flee the residence in a vehicle.

"The male subject was taken into custody without incident. The female was also brought in for questioning, and the children were released to other family members to make sure they were taken care of while the investigation was continuing," Williams said.

Williams said JCPD was able to locate a weapon that they believe is responsible for the gunshot from the victim in the hospital.

Officials say the victim's wounds are not life threatening.

[Editor's Note: This story has been updated to include the suspect's name and charges and mix the misspelling of 'possession.']