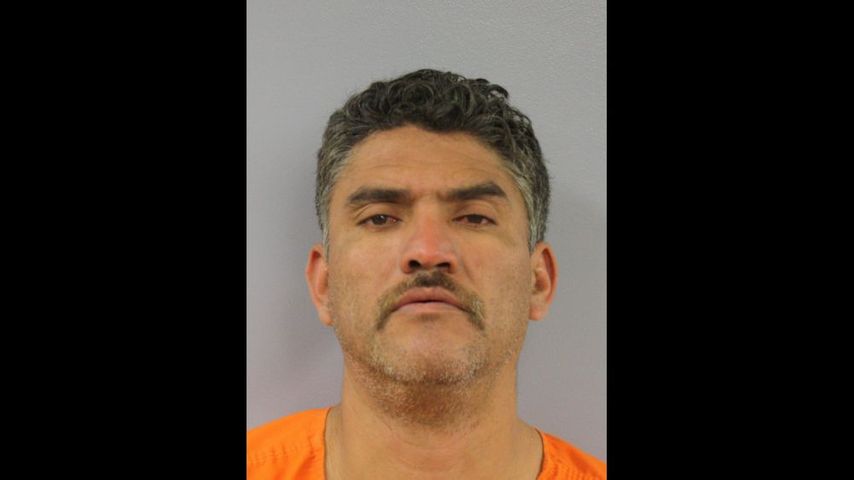 McCullough said Serrano-Vitorino was armed with a gun and captured after a short chase. Troopers said he escaped a trap but was arrested without resisting arrest. McCullough said the suspect was not injured.

Sgt. Hedrick said Serrano-Vitorino was crawling in the mud when officials captured him.

Montgomery County has charged Serrano-Vitorino with one count of first-degree murder and an immigration violation.

Serrano-Vitorino's truck was found on the shoulder of Interstate 70 in Montgomery County early Tuesday morning, which prompted the manhunt.

Late Tuesday morning, authorities found a fifth victim's body near a residence in Montgomery County. Authorities said they suspect Serrano-Vitorino was responsible but were still investigating. They said they do not think the victim had any relationship to Serrano-Vitorino.

An autopsy was planned for 9 a.m. Wednesday at University Hospital in Columbia.

The Highway Patrol said 75 to 100 officials, including K-9 units and SWAT teams from Jefferson City and St. Louis worked on the manhunt.

Serrano-Vitorino was charged with domestic battery in June 2015. It is his only charge in the last 10 years in Kansas City, Kansas, according to the Wyandotte Municipal court records.

There are no criminal records for Serrano-Vitorino in Missouri.

According to KSHB, Serrano-Vitorino is an undocumented immigrant from Mexico and was deported in April 2004.

Gov. Jay Nixon commented on the situation in a press release Wednesday morning.

“I commend the outstanding work of the Missouri State Highway Patrol and all the law enforcement agencies that worked together yesterday into early this morning to capture and arrest an armed and dangerous fugitive wanted for four murders and suspected in a fifth. Once again in a highly dangerous situation, the Patrol and Missouri local law enforcement officers courageously worked to protect the citizens of Missouri. Their brave action serves as another reminder of the debt we all owe to the men and women who wear the badge and dedicate their lives to public safety,” Nixon said.

This incident remains under investigation by the Kansas City, Kansas Police Department’s Criminal Investigations Division, who is encouraging anyone with information to call the TIPS Hotline at 816-474-TIPS (8477).

[Editor's note: The story has been updated with the latest information.]