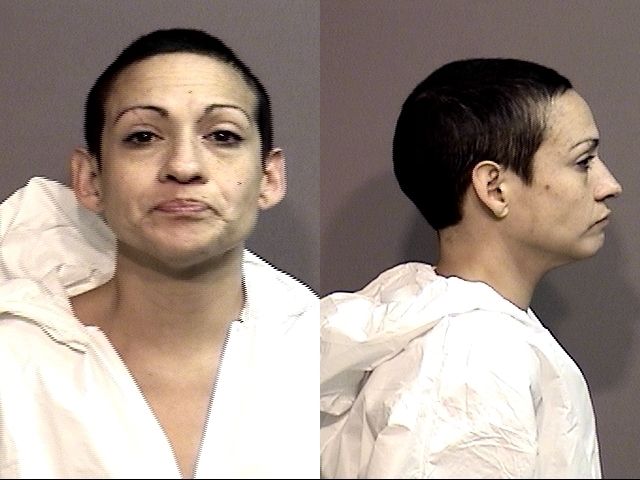 COLUMBIA - Monique Parra faces a second-degree murder charge following her arrest on Nov. 20 for the death of Kevin Robert Hollins.

KOMU talked to the father of Parra's child, Curtis Hayes, who believes she is innocent.

On the day of Parra's arrest, Columbia Police responded to a report of physical disturbance at around 2:12.

At 3:14, authorities responded to a gunshot wound call from Hollins' next door neighbor. According to the probable cause statement, Parra contacted the neighbor to try to get in touch with Hayes, to tell her child she would be going away for a while.

Hayes said Parra was unable to get ahold of him at that time.

Officers made contact with Parra and took her to the Columbia Police Department. According to the probable cause statement, en route to the station, Parra said "[Hollins] slammed me a couple of times and I was mad but he told me to drink my alcohol and he laid down, put the gun to his head, I didn't mean to pull it." She was also heard saying, "He never has it loaded."

Parra told police Hollins had recently lost his job, started going to the food bank, was smoking meth, started carrying a gun everywhere, and that all but one of his children had recently moved out.

According to court documents, Parra said on the morning of November 20, she and Hollins made a plan to clean the house, take Parra to see her child one more time and then the two were going to kill themselves. Para said no plan was made and no notes were written, adding she had agreed to the suicide but had no intention of following through with it.

Hayes said Parra never stopped by to see her son that morning.

"We never got to see each other," said Hayes. "She texted me early Sunday morning, it was probably around one, and it said 'Bye,' that's all it said, and I knew there was a problem then."

Parra shared two different versions of what happened inside the house that day.

Later, Parra said she was laying next to Hollins when she saw him with the firearm and heard a pop. She further said she was uncertain if she had her hand on the weapon at the time it was discharged.

Hayes said he has talked to Parra sincer her arrest and continues to believe Parra did not have her hand on the trigger when the gun was fired.